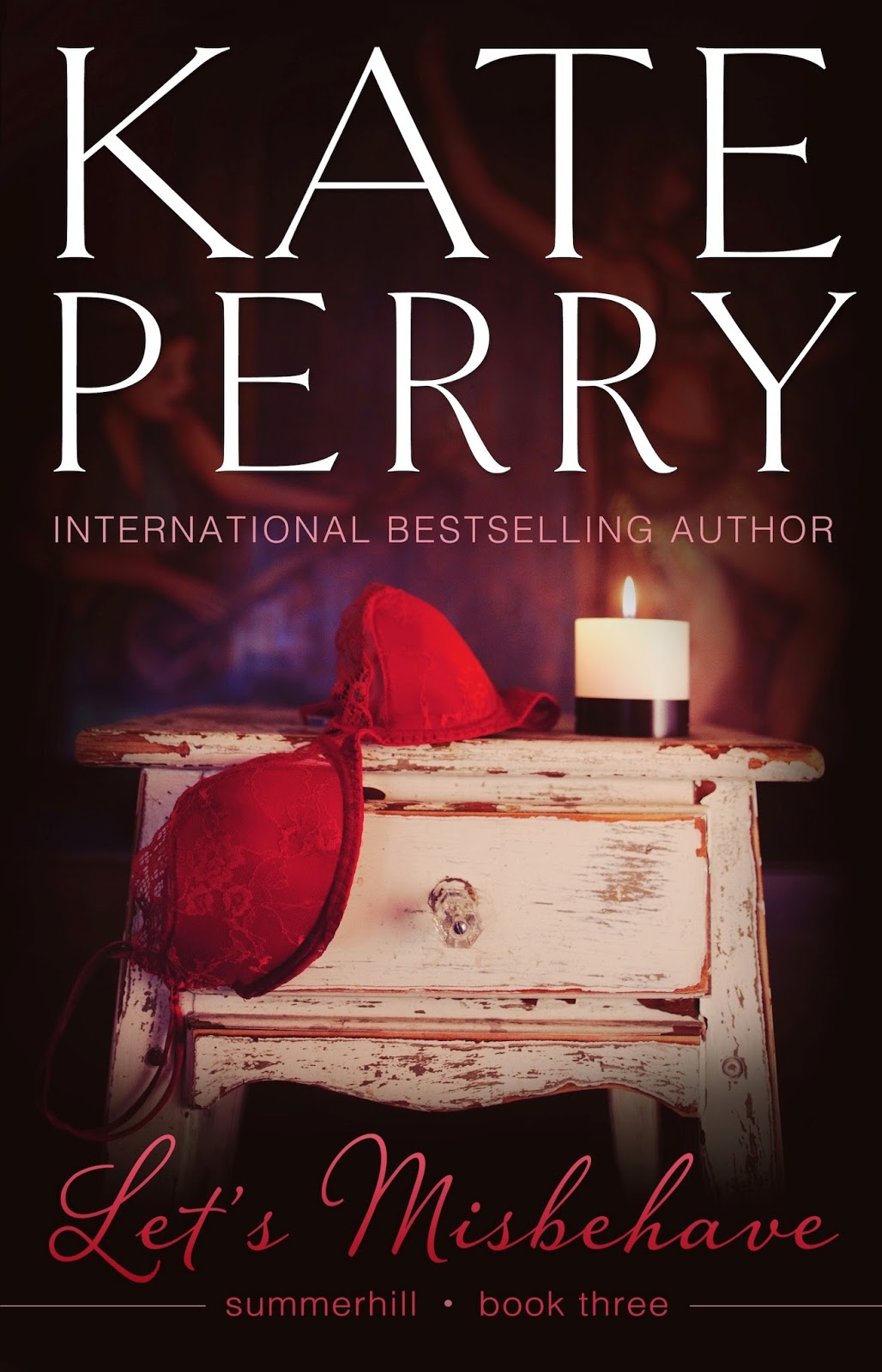 The Summerhill family is back in book 3 of Let’s Misbehave. No worries by dear followers, this book can be read as a standalone. I know this because this is the very first book that I have read from this author and I really enjoyed this read.

Synopsis:
Imogen Summerhill, box office darling, has never wanted to be in the spotlight less.
When racy photos—and video!—are leaked by her sleazy ex, her studio couldn't be happier. All press is good press, and this will only enhance the intrigue about her upcoming blockbuster. But how is Gigi supposed to be taken seriously as an actress with all this inappropriate buzz? She’s Cate Blanchett, not Kim Kardashian.
But then Gigi meets Merrick Graham, the Bad Boy of Politics. The last thing either of them wants is to be tainted by more scandal: he needs the support of the conservatives, and she wants to untarnish her image.
Only they can't resist each other—separately they're good, but in the bedroom they're even better. They can’t be seen together in public, but in private all’s fair game, and there’s plenty of room to misbehave...

We begin with a touch of scandal that Gigi or Imogen, this confused me in the beginning, is having a difficult time dealing with. I mean, she has a sexy tape out for all of the world to see. No longer is she this classic actress that everyone finds amazing but a women with moans, ass, and tits that all men want and women what to be like.
Gigi does not want this kind of attention, Oscar, Hell Yes. Kardashian drama, Hell No!

To change her self image in the 24 hours it has gone crazy, she attends a charity, to be seen as the good girl. I mean if they see you as a slut then use the paparazzi to make you the librarian. Once there she see’s the Bad Boy of Politics (Merrick Graham), hottie McHotterson.

Merrick is a politician who is trying to redefine his self image and not be known as the Bad Boy of Politics. This title was given because of his past life. No he is not a vamp or a zombie but he was once a musician. Due to a tragedy in his life he made some significant changes and does not want to be viewed as his past self.

So boy meets girl as charity event. Both boy and girl do not want to tarnish their image and want to better their careers. But the attraction, pure lust, is unmanageable.

“Purity and sin in one package, her dress flaunted miles of flawless skin, the sort women paid a fortune to achieve. Her blonde hair trailed in luxurious waves over her shoulders and down her back. She was tall yet she still wore towering heels. Discreet diamonds glittered on her ears and wrist.”

Merrick is all about some Gigi, but she sees the bad boy that is inside of him, trying to stay hidden.

"You're a wolf in sheep's clothing, aren't you?"-Imogen

But she wants him.

“Merrick looked delicious in his suit. Gigi guessed that the only way he'd look better was naked.”

So they decided to take a chance with this lust feast.

He gave the area a quick scan to ensure their privacy before he placed his mouth by her ear and said, "Slide forward and undo your pants."
"Interesting way to change topic, Merrick." But she did as he said.
The moment she unzipped her pants, he slipped his hand down her abdomen and into her silky wetness. He eased a finger between her folds, softly exploring, teasing breathy gasps from her.
She arched into his touch. "This isn't discreet."
"You're not stopping me." "I want this too badly. It's a conundrum."

This book is not only about Gigi and Merrick and I like that. I also enjoyed that the story flowed and was well developed. All the supporting characters built the storyline and helped the characters to be consistent throughout the story. It was actually very funny at certain points of the book. At parts it reminded me of Wallbanger.

But to get to want you all really want to know, the sex.  It was smokin'. I will give it a 4/5 for steam. I can honestly say that I was wiggling in my sit while reading some scenes. I also liked that this story is more about physical attraction and not, Instant Love.

I only had one flaw about this book; it took too many pages for me to understand that Gigi was Imogen. Even in the synopsis on Goodreads it provides two names for this one character. I was beginning to thing this was about a girl with a sex tape, who likes a politician, has sex and also has Multiple Personalities/Dissociable Disorder.

I liked the book and think it is a great read. I am looking forward to book 4, possible about the withdrawn, photographer of a sister Titania. I think it is about time we learned more about her moody side and the men she needs in her bed.

Posted by Channelling Cloretta at 10:30 AM