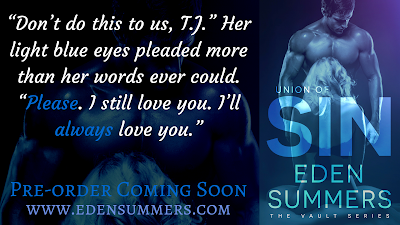 He’ll do anything to protect her.

Tate Jackson would sacrifice anything to protect Cassie—even if it means ending their marriage. He’s made mistakes and risked her happiness because of the sexual lifestyle he guided her into. The biggest challenge will be convincing his wife he no longer loves her, when every moment without her is agonizing.

She’ll do anything to keep them together.

Cassie has twenty-eight days to figure out why Tate is willing to ruin a perfect marriage. Twenty-eight days where her heart breaks every time he refuses to talk. She knows he’s hiding something. It’s only a matter of time before she uncovers his secret.

Dirty tactics will be used. Love will be abused. And neither one will make it out unscathed. 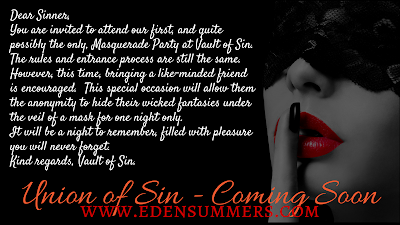 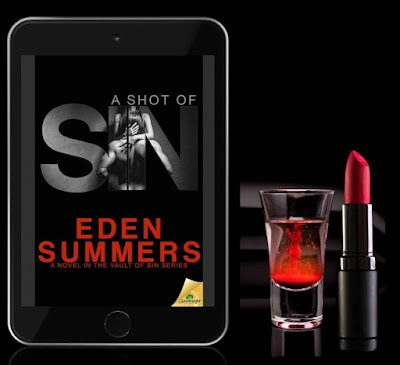 In late 2010, Eden’s romance obsession could no longer be sated by reading alone, so she decided to give voice to the sexy men and sassy women in her mind.

Want to get to find out what is happening next with Eden?