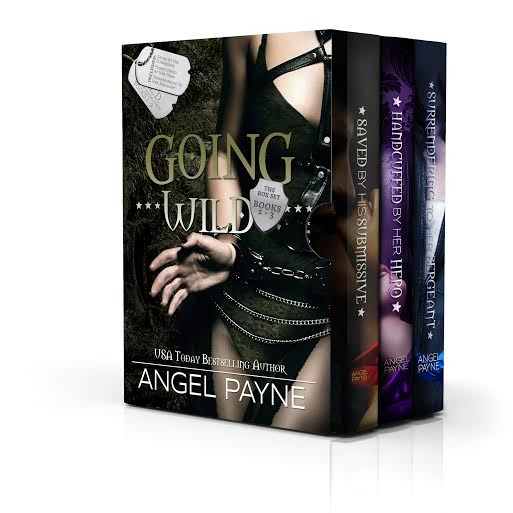 “Sexy as hell.”
“Set my e-reader on fire.”
“I’m wild for all of these boys.”
The WILD Boys of Special Forces is Angel Payne’s USA Today bestselling series, raved about by readers and reviewers around the world who love their special ops stories as hot off the mission as on. For the first time ever, you can go WILD with the first three heroes of the set, in their full-length novel glory, all in one specially-priced volume. Like any good Spec Ops team, these men have an acronym. WILD stands for Warriors Intense in Love and Domination—a job description they take very seriously. The books in this volume are:

SAVED BY HIS SUBMISSIVE:
Garrett Hawkins is the most valuable asset to his Special Forces unit—because frankly, the guy doesn’t care if he lives or dies anymore. Since the love of his life, Sage Weston, was kidnapped and killed a year ago, Garrett has turned the shell of his soul into the armor of a finely-tuned fighting machine. It’s a plan that works—until one night, deep in the jungles of Thailand, he discovers Sage is very much alive. Now that she’s back in his arms, Garrett doesn’t know what to do. He has changed in dramatic and daunting ways, especially in the darker tastes of his passion. If he touches Sage again, he’ll want to claim her, restrain her…dominate her. Is Sage’s love strong enough to let Garrett back in not only as her fiancé, but her Dominant? Or can it be that Garrett’s discipline is exactly what her soul needs to find its way back to life—and love—once again?

HANDCUFFED BY HER HERO:
Between a rock and a hard place. To Sergeant Zeke Hayes, the expression has always been a non-factor. There's never been a situation he can't blast, punch, or smart-ass his way out of, which makes him the perfect fit for his Special Forces battalion--and a natural-born Dominant who's made a lot of submissives happy from Mt. Rainier to Vancouver. That all changes when Rayna Chestain enters his world, and he must harbor her from a fiend who now wants his pound of revenge flesh. Sheltering Rayna has never felt more right—but wanting her? Dreaming of her beneath him, surrendering to his passion and domination? It's the most forbidden fruit he can crave...and the only thing he can't stop thinking about.

SURRENDERING TO HER SERGEANT:
Corporal Ethan Archer has just earned his sergeant's stripes, and the guys on his Special Forces team decide that a trip to the fun and sun of LA is a perfect way to celebrate. When Ethan and his buddies finagle a visit to the set of the successful nighttime drama, “Dress Blues,” his reunion with stylist Ava Chestain is magical—but their time is cut short by Bella Lanza, who’s determined to rekindle her naughty past with Ethan. Everyone’s plans are put on hold when the unit is called to secretly cut their vacation short in the name of assisting the CIA on a terrorist plot to destroy the West Coast. As the terrorists’ plan becomes reality, Ethan must make decisions that will either kill or save them all. Can Ava trust him enough to stand by him with everything she is…including what could be her last breath? 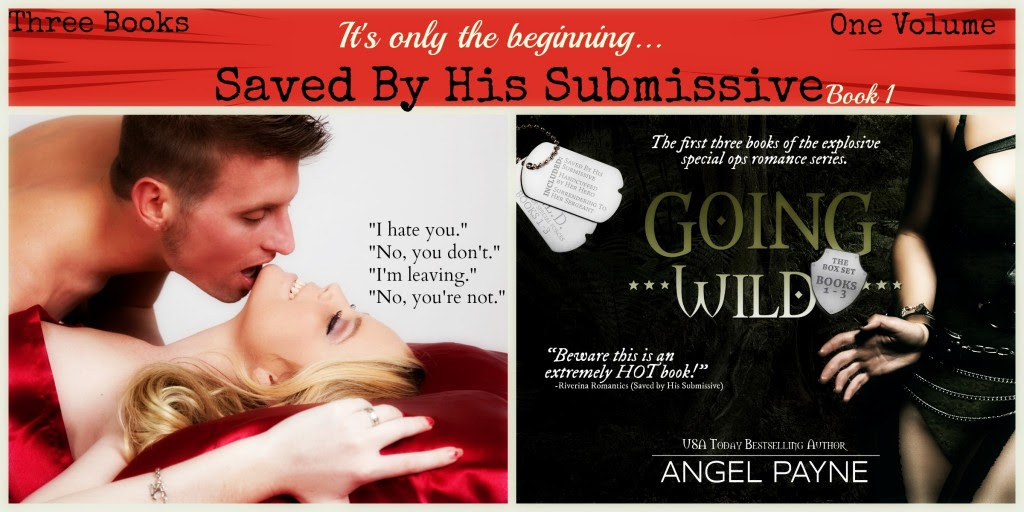 Hi there. I'm Angel: book lover, writing addict, hopeless romantic, pop culture geek and avid shoe lover.
A bit about me... I've been hooked on books since I was a kid but it got worse in my twenties, when I discovered romances--the hotter, the better. Growing up in Southern California, with lots of surfer manliness surrounded me, was certainly a good boost for reading about delicious alpha guys and the women who adore them. When I learned I had a knack for telling these stories too, I guess you could say I was doomed--though my path toward romance novelist took a few detours via a concert-reviewing gig for my college newspaper (free show tickets...backstage passes...that was a no-brainer), artist interviews for a Beverly Hills dance music mag, personal assistant work for a record producer, dance club disc jockey, and a lot of fun in the hospitality industry. These days, I still live in California, and have found an amazing alpha guy of my own who was brave enough to marry me. We live on a street that looks like Brigadoon, with our beautiful daughter. I have the best life ever, and never forget to thank the Big Guy Upstairs for it, either.