Erin Upton is too embarrassed to tell the cops what she was really doing while her townhouse was burglarized, especially since the first officer on the scene is former nuisance next door Charlie Dwyer. Where’s the justice in the world when a neighborhood know-it-all grows up to be six-foot-three inches of solid muscle with gorgeous green eyes and a slow, sexy please-arrest-me-now-officer smile? It’s bad enough she’s wearing her robe and slippers—did he have to notice her fuzzy hand cuffs on the bathroom sink?

He’s arrogant as he ever was, which is fine by her—she’s too busy with her dance studio’s grand opening to make time for a man. But they keep crossing paths, and
when Charlie offers to help her put in new flooring at the studio one night, things go from hammering nails to hammering each other in a hurry. And about those hand cuffs…

They agree it’s a one-time thing. But when that becomes a two-time thing, then a three-time thing, Erin starts to wonder if maybe she and Charlie could be a life-time thing. Her best friends Mia and Coco found love in unexpected places.

Is it finally her turn? 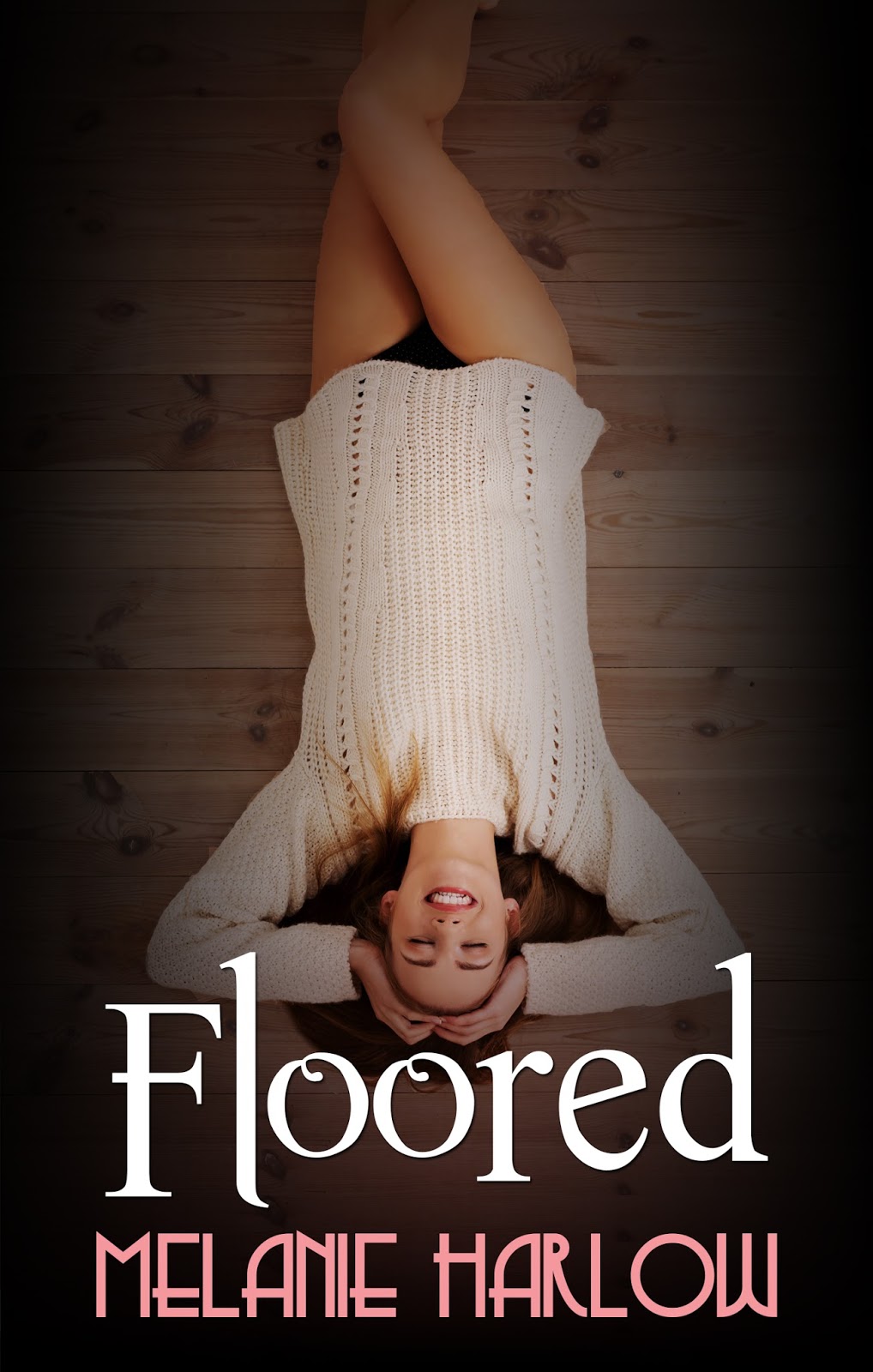 First and foremost I must say I am a Michigander. Born and raised. This is my first Melanie Harlow book and I was pleased that it was is a great passionate, sexy, love story about Michiganders. Melanie’s writing transported me back home. I knew exactly where they were during the telling of the story.

This was a great smooth read. I was shocked that I liked it. I know that sounds odd because Melanie has such a large following. I have always wanted to read Speak Easy by Melanie and then I participated in her next book Frenched. Following me posting the promo for this book, I was very interested in reading the book but just never got to reading it.

I was told, not only by the author (in the beginning of the book, yes I read the notes from the author) but by fellow bloggers, that I need to read her other three books in this series before reading this book. Well, I didn’t have time so I went ahead and read Floored.

It was really good. I did not feel lost at all in this book. I was able to follow the girlfriends Mia, Coco (Claudia) and Erin and could tell that over the course of Melanie books, they have grown up and into the life they didn’t know they wanted.

Erin and Charlie are a great mismatch and they are disastrous, and that is what is so perfect about them. They are physically and sexually attracted to each other. The fact that he bullied her as a child and was weak to his acts then but can spare verbally and sexually with him now, is really hot. There interaction in Erin’s house is beyond hot.

“Stop it. I’m not perfect. I’m not what you think.”
Charlie tilted his head. “No?”
I licked my lips. “You think I’m a joke. The “Teacher’s Pet. The Homecoming Queen. The Goody Two Shoes who likes everything just so, everything neat and clean. Well, I don’t, you know. Like everything clean.”
Charlie said nothing at first. But his stillness told me he was intrigued. A lovely little ache blossomed between my legs.
“You like some things dirty. Is that what you’re saying?”
“Yes,” I whispered, butterflies rioting in my belly.
“I’m not sure you do.”
“Try me.”
Slowly, he came off the counter. Bracing my hands behind my hips, I opened my knees, and he stepped between them, sliding his hands up the tops of my thighs. He was so tall, I had to tilt my head back to look at him. Up close his chest was even more imposing, and his shoulders seemed to dwarf mine. Gooseflesh rippled down my arms, and my breaths came fast.
By contrast, Charlie seemed completely in control. His breathing was slow and measured, his hands moving over my hips and beneath my sweatshirt. His eyes stayed locked on mine as his palms slid up the sides of my ribcage and back down, spanning my waist. “Such a tiny little thing.”
“Scared you’ll break me?”
“Yes.” In the near dark, his blue eyes looked black.
“Do it.”
In less than a second, Charlie pulled off three moves that had me gasping for air—he yanked me to my feet, turned me around, and kicked my heels apart so my legs were spread and I was bent over the island, arms pinned behind my back. His legs pressed the backs of my thighs, and his hips pushed against my ass.
He was hard.
The power went out completely.
Oh my fucking God.
“Panting, I lay my cheek on the cool marble, unsure of what to do next. Between my ears, the message was this is scary. Between my legs, it was this is hot.
“No, don’t give up. Fight me. Come on. Struggle.” His voice was different now—deeper, quieter even, yet more intimidating.
Adrenaline coursed through my body, my heart pounding with fear, with arousal, with shock. I tried moving my arms—he pulled them tighter, clamped my wrists harder. I tried moving my legs—he pinned my hips against the marble, his erection pushing firmly into my flesh. I flexed my fingers—he laughed softly.
“That’s it. Try everything. Scream if you like.”
I couldn’t scream even if I wanted to. It felt like the darkness had weight, like it was bearing down on my back with a force stronger than gravity. Breathing required all the lung strength I had, and I wasn’t even sure I could keep that up.
“Tell me I’m hurting you.”
He was hurting me.
But I liked it.
He yanked my arms mercilessly behind me. “Tell me.”
“You’re hurting me,” I said weakly.
“Tell me to stop.”
“Stop.” Don’t stop.
“Tell me you don’t want this from me.”
“I don’t—want this—from you.” Each word was its own struggle. I meant the words, and yet I didn’t. I wanted him, but knew I shouldn’t. And was this only a game? Was he just testing me? Or, worse, was he back there laughing at me in the dark? I had no way to tell.
“Good girl. You don’t want this from me, sweet thing.” He backed off slightly and somehow imprisoned both my wrists with one of his hands. The other one snaked around to my belly.
And down the front of my pants.

Their relationship is not perfect. But it’s real. I love all the saucy lines and the sexual acts are smokin’.

I most defiantly will be reading more of Ms. Melanie "Michigander" Harlow. I am normally only Erotica reader but this Contemporary book has changed the game. If more Contemporary authors wrote like this, I would have a larger book collection.
Melanie has helped bring this Florida resident home to Michigan one page at a time.

Thank you for this great book and go Wings! 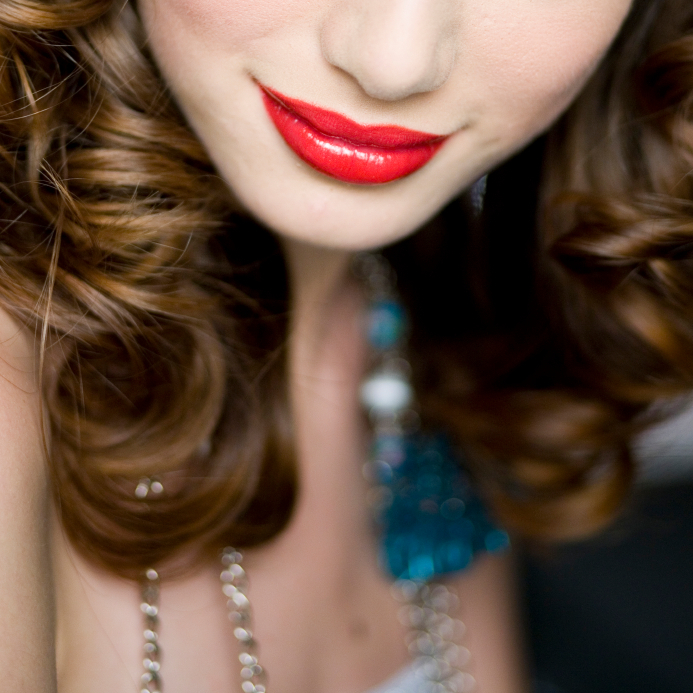 About the Author:
Melanie Harlow likes her martinis dry, her lipstick red, and her history with the naughty bits left in. She lifts her glass to readers and writers from her home near Detroit, MI.

Giveaway Direct Link:
http://www.rafflecopter.com/rafl/display/1eeafd78311/
Posted by Unknown at 12:24 AM