{Release day} With a Twist by Sawyer Bennett 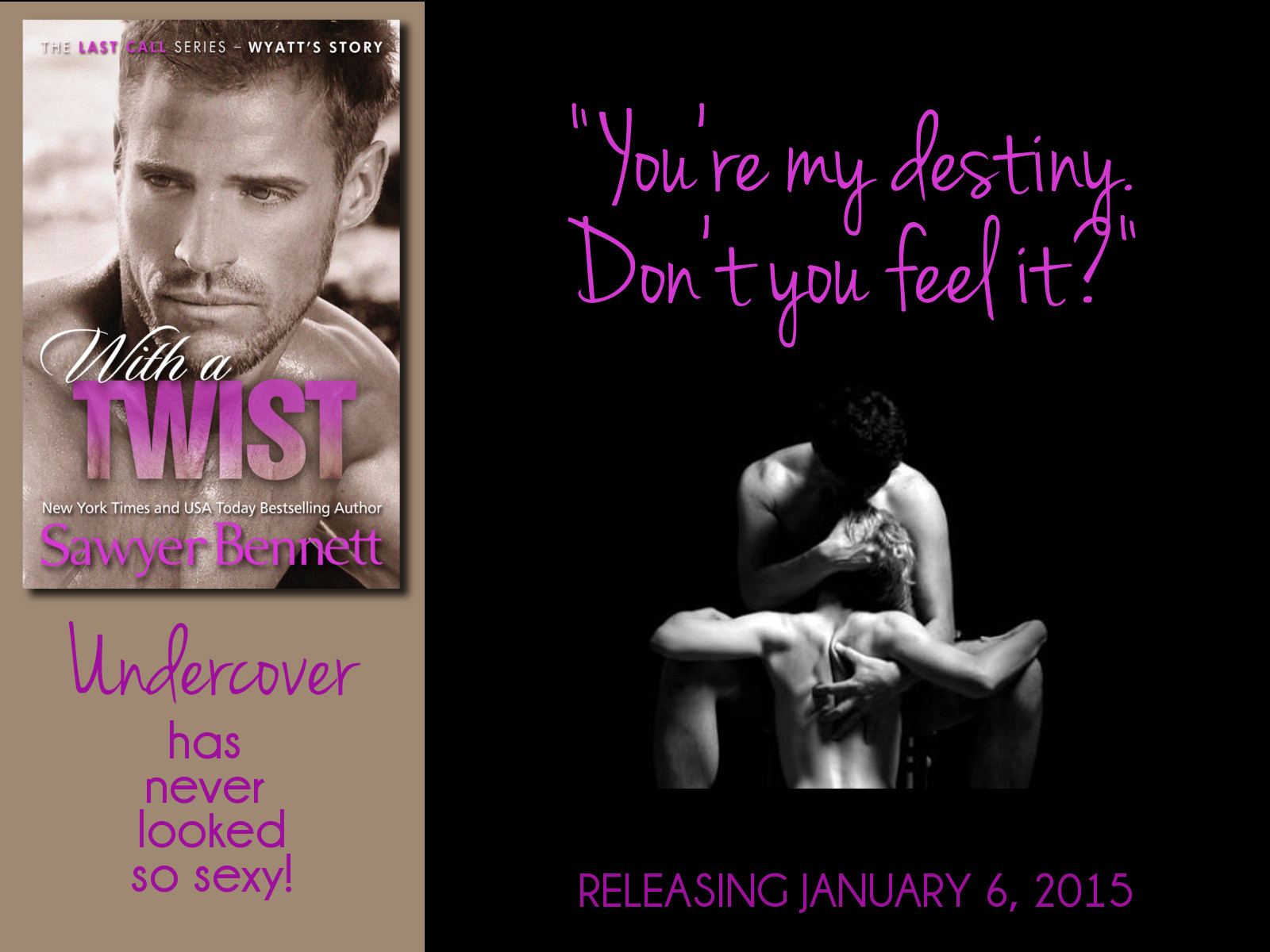 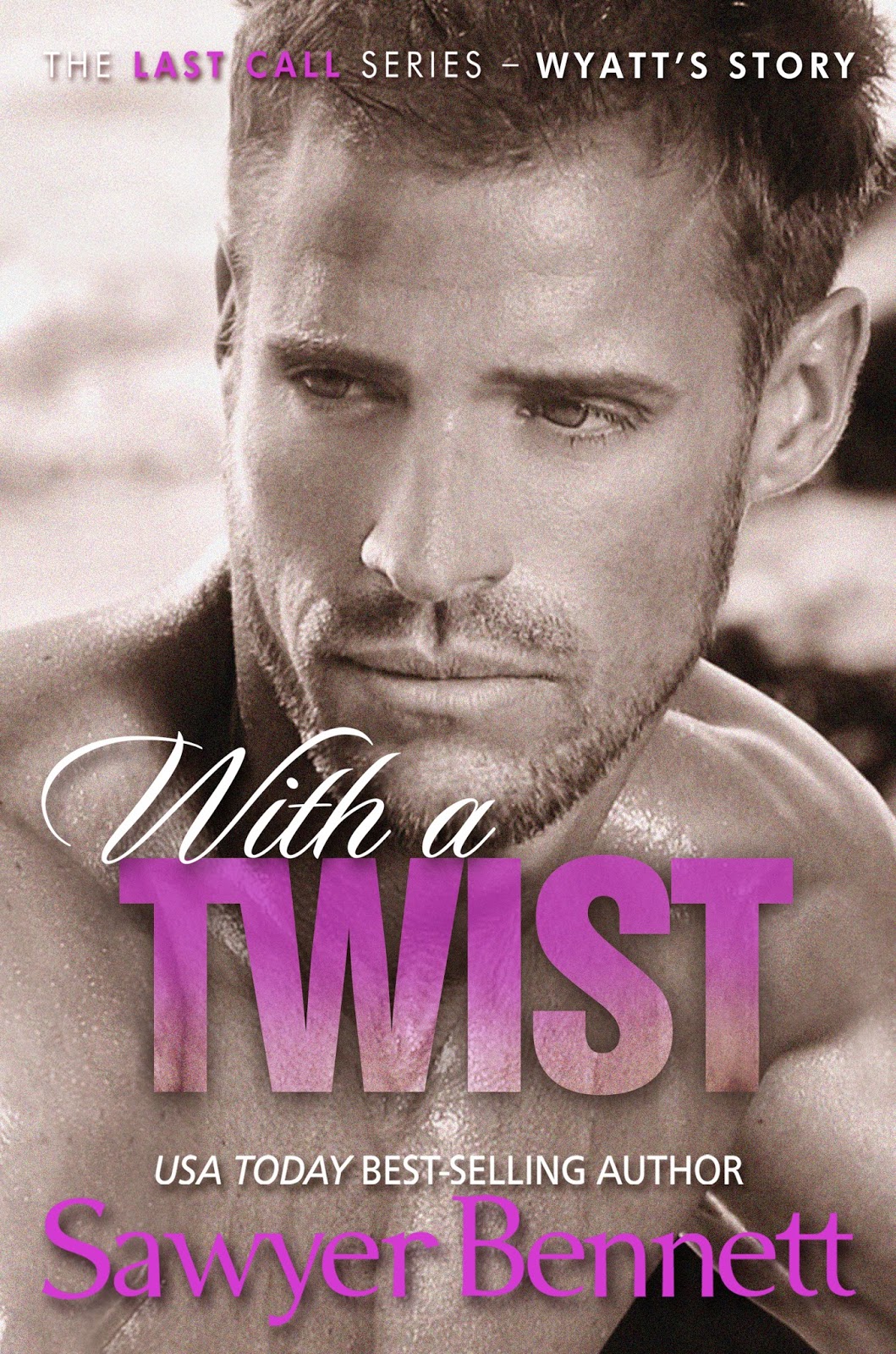 Wyatt Banks is ready to give one woman the world. Unfortunately, his job as a cop tends to interfere with other goals. When Wyatt is sent deep undercover to investigate a sex slave ring, he doesn’t have time to do anything but focus on staying alive in a dark and dangerous underworld.
Wyatt isn’t alone though in his quest to save the women that are being sold into sexual slavery.
His partner, FBI Agent Andrea Somerville, is immersed just as deeply as he is, and she’s the bait to lure the sex slavers out into the open, as she poses as an erotic dancer in an attempt to snare the enemy. But danger runs as high as the sparks between them, and now Wyatt is caught between the job he loves and the woman he wants.

WITH A TWIST can be read as a stand-alone novel.

USA Today Best-Selling author, Sawyer Bennett, is a snarky southern woman and reformed trial lawyer who decided to finally start putting on paper all of the stories that were floating in her head. She is married to a mobster (well, a market researcher) and they have two big, furry dogs who hog the bed. Sawyer would like to report she doesn’t have many weaknesses but can be bribed with a nominal amount of milk chocolate. 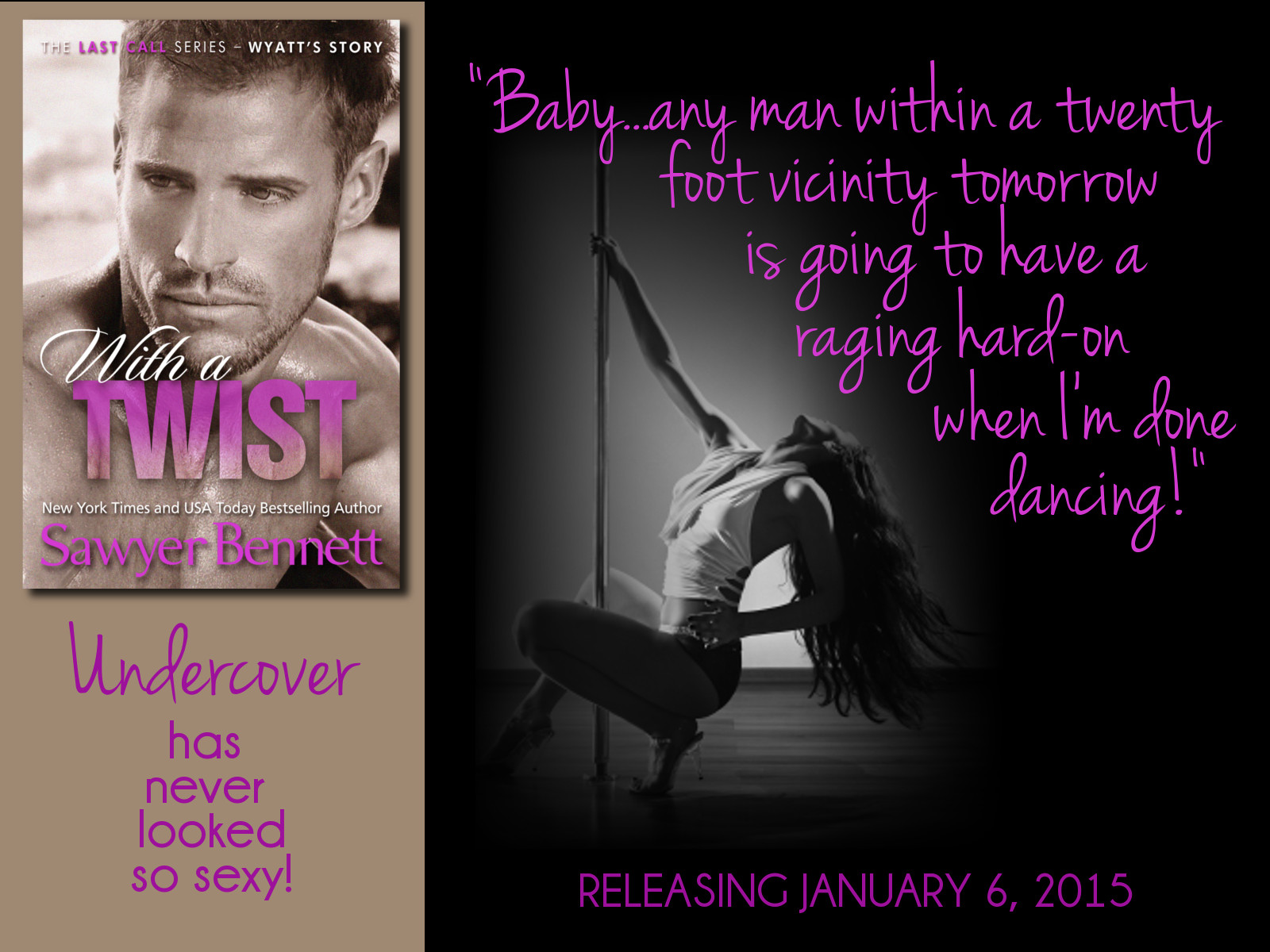