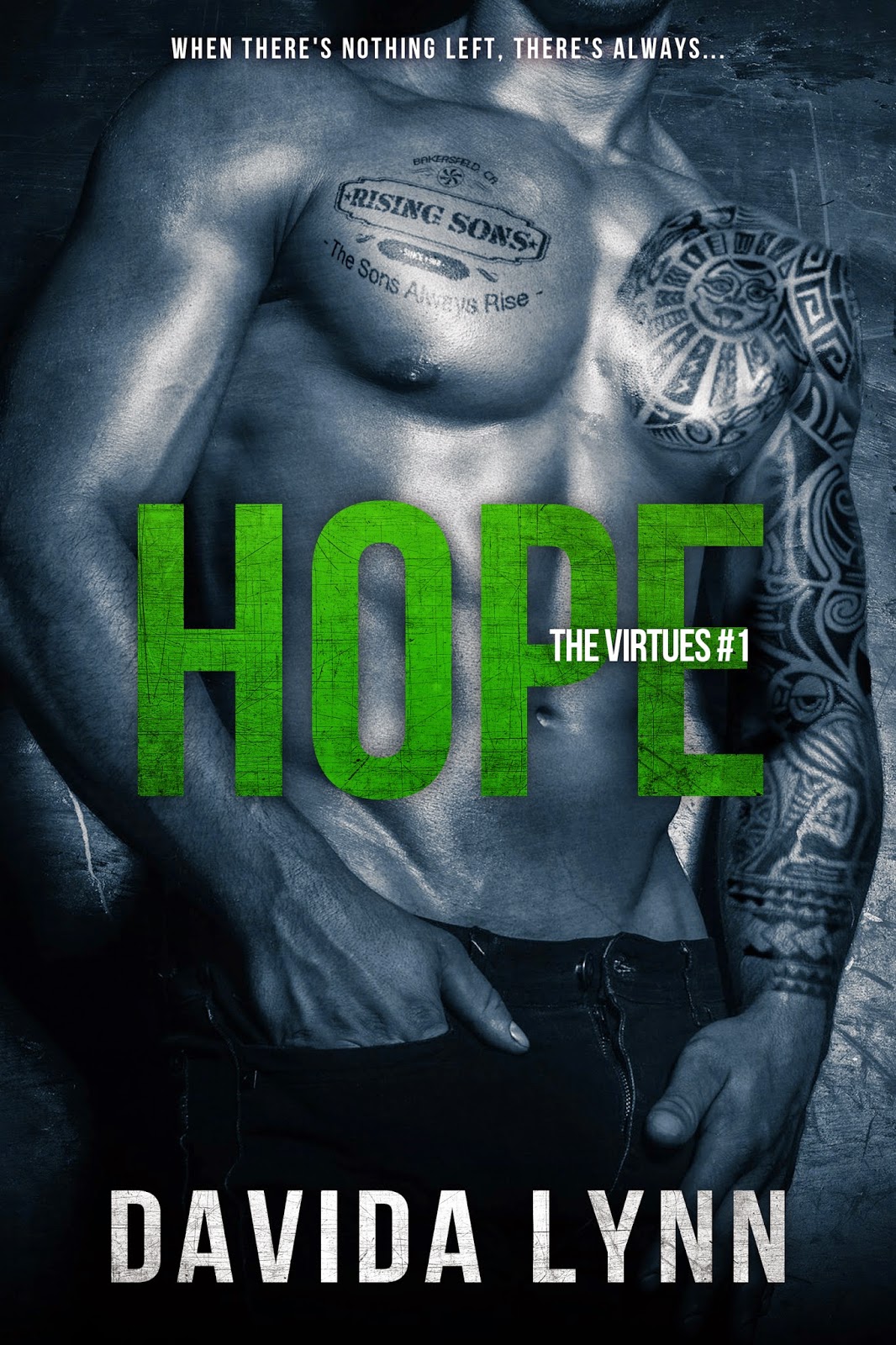 Hope Cantwell grew up believing things could be better.  Growing up with an abusive father, she tried to teach her little brother differently.  After ten years she’s back, and it’s worse than she could have thought.  He owes the wrong people money, and their only hope is her high school sweetheart who grew up to be a rough and tumble biker.

Trask Rivers is the Sergeant-At-Arms for the Rising Sons MC.  He and Hope haven’t seen each other since she went off to school and he got a job as muscle for the club.  With her brother strung out on drugs and in a deep debt to the mob, Hope only has one chance: Trask.

Rough with a dark sense of humor, Trask hasn’t lost his passion for Hope.  Circumstance drove them apart, but it also drove them right back together, and the fire is still burning inside both of them.

If she can convince him and the Rising Sons to help her and her addict brother, she might just keep what’s left of her family together.

At 28, Davida has finally found the courage to write the stories she tells out loud.

A love of romance and action meld together to create suspenseful and dramatic tales.

I love music, travel, and the power of the written word.  Steinbeck, Roberts, and MacDonald all sit side by side on my shelves of books.

a Rafflecopter giveaway
Posted by Unknown at 6:54 AM