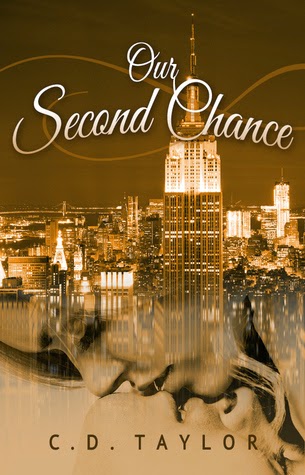 Synopsis:
Our Second Chance by Author C.D. Taylor is a tale of forgiveness, redemption, and love. It demonstrates how the power of healing can strengthen the bond between family, friends, and lovers.

Emily Mills lives a life of opulence and luxury in Los Angeles but can’t shake the feeling that there is something more out there for her. It isn’t the picture perfect life her social circles expect and she knows something is missing. Unwilling to let happiness be a distant wish, she boards a plane to chase her dreams of becoming a lawyer in New York City. It doesn’t take long for her past to reappear with her former best friend from college, Jake Bradford. Knowing the feelings she’s held for Jake all these years, she still tries to convince herself that she isn’t worthy of any sort of love from him. Conceding to a fraction of her desire, Emily strikes a deal with Jake to become steamy friends with benefits. Soon her passionate bond with him turns out to be way more intense than she expects and she finds herself wishing her emotional scars didn’t rear their ugly head and destroy everything she’s worked for.

Can Emily forgive herself and those who have hurt her in the past to become the person she knows she can be? Or will the roadblocks in front of her cause her to make the decision to run like she’s been doing most of her life? Book 1 of this thrilling new 3-book series will leave you panting for more and cheering for second chances.

I would always carry a certain sadness for the death of my relationship with my family, but maybe I was numb at this point. I wanted to forgive and forget the things that’d happened between all of us, but I couldn’t manage to just sweep it all under the rug.
The seats on my flight filled up quickly, and soon we were climbing to an altitude that somehow made me calmer. I packed my iPad for something to do on the flight, and when I pulled it out of my large bag, the photo of Jake and me fell into my lap. I let out a sigh and held it in my hand once more.
“Isn’t he a handsome fellow?” The passenger next to me commented.
“Yes, he was, thank you.”
“Was? Did something happen to him dear?”
I couldn’t help but want to talk to my new acquaintance. She was the grandmotherly type, with salt and pepper hair and glasses that sat low on the bridge of her nose. I felt strangely at ease with her.
“Oh, no, nothing like that,” I said. “He was my best friend in law school. I haven’t seen him since we graduated.”
“Is that why you’re heading to New York? Will he be there waiting for you?” She looked hopeful.
“No, I’m actually moving there. I have a job and a place waiting for me. I’m excited about it all. A fresh start, if you know what I mean.” I fell silent. I felt a blush crawl up my neck as she waited for me to continue. “He moved back to Texas the last time I’d heard, anyway. He was supposed to set up a law office there.” I offered a small smile. I still had a sense of pride for Jake. He’d set out to accomplish his goals and dreams.
“Honey, I know all about starting over. Everyone needs a clean slate at least once in their lives. But can I give you a word of advice?”
I nodded. “Sure.”
She grabbed the photo from my hand. “Always tell those you care about how you feel, even if you’re afraid to. The one thing I’ve learned about life is that you can’t go through it with regrets. Someday you’ll be taking your last breath and wish you’d said or done something, and it will be too late then.”

“Emily, if you want to leave, it’s fine.”
My face flamed as he said my name, and Jake turned around in his chair. I closed my eyes and tried to mentally transport myself anywhere but where I was sitting.
“Small world.” Jake smiled.
Grant turned around to face Jake, and I saw something on Jake’s face that looked like aggravation.
“Excuse me, do we know you?” Grant asked.
“You don’t, but Emily does.” Jake bit out.
Grant turned to me with a questioning look on his face. “Yes, I know him. We went to college together.” I tried to keep the answer simple.
“Well, if you haven’t noticed we’re on a date here, so why don’t you turn back around and mind your own business.” Grant told Jake.
“Listen buddy, Emily and I have been friends far longer then you’ve been around, so I suggest you shut the hell up.” Jake bit back.
The scene in front of me was unfolding like a take from a bad soap opera. I wanted to crawl under the table and hide until it was over. The patrons around us were staring, and Jake’s floozy date was just sitting across from him smacking her gum between her loud pink lips. Grant abruptly stood from his chair and faced Jake with anger in his eyes. I didn’t know what to do. I knew if I didn’t say something, the situation would escalate, and one or both of them would end up in jail. Jake didn’t need that. He could ruin his reputation and ultimately his career; I couldn’t let that happen.
“Grant, please, let’s just go,” I pleaded.
“No. This bastard wants to start shit, then he can finish it, too.” Grant began to roll up his sleeves.
Jake stood from his seat at the invitation. “Emily, you sure have found a winner here. Pretty boy likes to solve things with fighting.”
Now, I was pissed. First, Jake makes fun of me for failing the bar exam, and now he has the balls to make fun of my choice in dates. Screw that.
“What is your problem Jake? Have you just turned into the world’s biggest asshole or what?” I pushed my chair back and stood. “Excuse me, but I’m leaving.” I grabbed my purse and started to walk out while in the background I could still hear the two of them verbally abusing each other.

“Hey babe, sorry I didn’t tell you I’d be here today. After you told me you were working here, I knew you’d put an end to our date.”
“You were right on that assumption.” I continued walking.
“So how about a drink after work to apologize, my treat?”
“Thanks for the offer but that’s not a good idea.”
“And why not?” he ran his hand over my backside causing a flutter of excitement and apprehension to run through me.
“Well for starters, you’re a client. That’s a huge conflict of interest Grant. I really wish you would’ve told me last night.”
“I said I was sorry Emily.” He gave me a sad face.
“Well like I said, this isn’t a good idea. We can’t continue to see each other. I know it was only one date but if you could please not say anything I’d appreciate it. I could lose my job over this.” I pleaded with him.
“I understand your point, but I still see the way you look at me. And the way you were squirming in your seat in there. Tell me you don’t want me. Tell me that you wouldn’t like to have my hands all over you right now.”
Oh my god. He was turning me on even more with his low seductive voice. I shouldn’t have been aroused by his forwardness. I should have been appalled and ran away. Why wasn’t I running away from him? I sped away from Jake and Jake didn’t even talk like Grant was. He was slow and sensual not crude and crass.
“Grant it’s just not the best idea…”
He suddenly grabbed my arm and yanked me into a vacant office, then shut and locked the door.
“What are you do…?”

I felt his lips crash onto mine in a bone melting kiss. The tango of our tongues felt so wrong but also so damn right. I mentally compared the kiss to Jakes. It wasn’t the same at all, no, Grant took what he wanted and didn’t apologize for it.  He reached around me and grabbed my ass with is large hands, and squeezed hard. He pulled me into his front and I could feel the hard press of his hardness against me. I closed my eyes and let the sensations overwhelm me. I shouldn’t have been there, doing that. I knew better. But for some ignorant reason, I didn’t care. I wanted to get lost in the arms of someone. I didn’t want to be the good girl right then, I wanted to do something reckless and irresponsible, and not give a damn about the consequences. I had to prove to myself that I wasn’t that scared little canary in a cage anymore, no, I was a bird of prey, going after what I wanted. And dammit, I would have it. 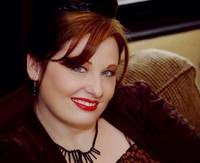 C.D. Taylor began writing as an item to check off her bucket list. She resides in the southernmost part of Illinois, right on the mighty Mississippi river. She enjoys the quiet country life with her husband, son and the many farm animals that make up the rest of the family. C.D. decided that farm life was just a little too mundane, so she started writing erotica to spice things up, so far so good. C.D. entered cosmetology school right out of High School and practiced the art of hair styling for 12 years. When she isn’t writing, she can usually be found sitting around a table making people laugh. She has always wanted to be a standup comic. She loves pulling practical jokes, dresses up in a costume every Halloween and believes that dancing is the key to a happy life (even if you aren’t a good dancer). She believes that life shouldn’t be taken too seriously, we will never get out alive anyway. More than anything, C.D. is a kid at heart, she doesn’t believe in bedtimes, eating everything on her plate, or having ice cream only for dessert. Her favorite quote is by Dr. Seuss…”Why fit in, when you were born to stand out.”