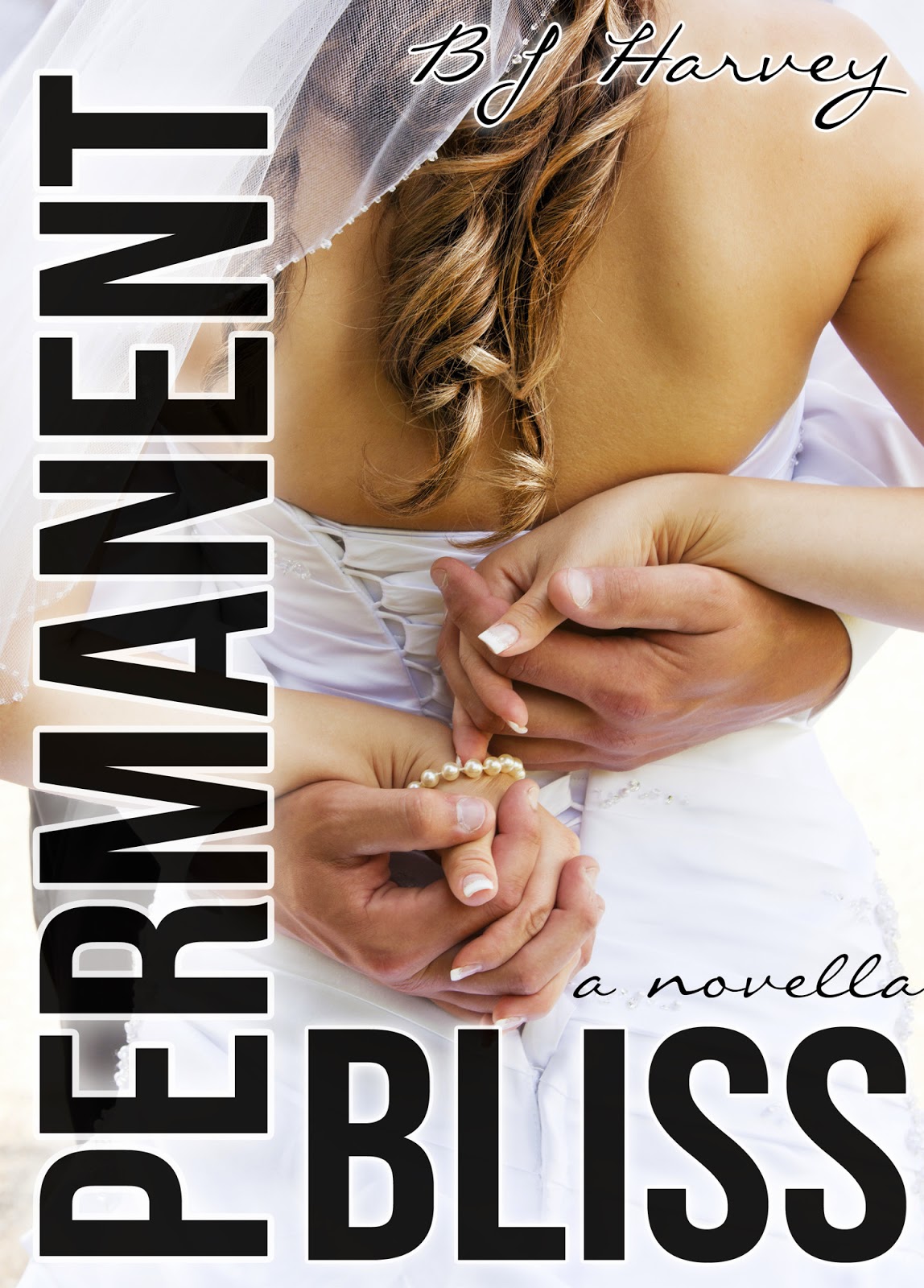 
Makenna Lewis never thought she would be the one walking down the aisle to marry her superhero. But then again, she hadn't expected Daniel Winters to crash into her life and tilt her world off its axis two years earlier. As they celebrate their last days of singledom, they find themselves battling over the guest list, managing the in-laws, and dealing with last minute disasters that threaten to disrupt their special day. 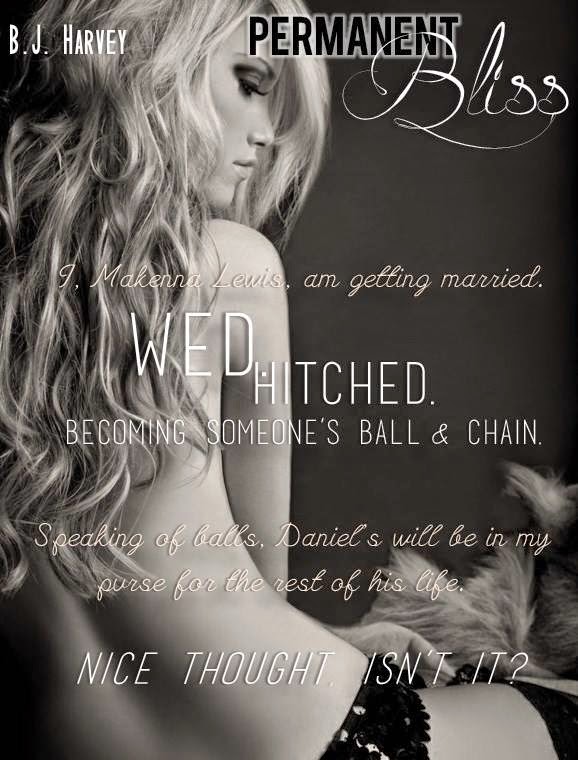 I’m riveted and distracted as he walks around to the driver’s window and hands him the money to pay my fare before he walks back around and opens my door. Clutching my bag of dirty fun in one hand and my purse in the other, I look up at him in awe as he stands there with his hand out and a perceptive grin.

“C’mon, gorgeous. Time to come inside.”
“Thought that was your job,” I say, forgetting that I’m sitting inside the cab and within earshot of the driver.
Daniel laughs before grabbing my hand and helping me to my very shaky feet, causing me to reach out and grab his biceps. “Shit,” I mutter under my breath as I’m gently moved sideways so that he can shut the car door behind me.
With a double tap on the roof of the cab, he bends slightly before scooping me up into his arms, one wrapped around my shoulders and the other underneath my knees. “Whoa, Superman. Pulling out all the stops?” I lean forward so that my mouth is right by his ear. “You do know I’m a sure thing tonight, right?” 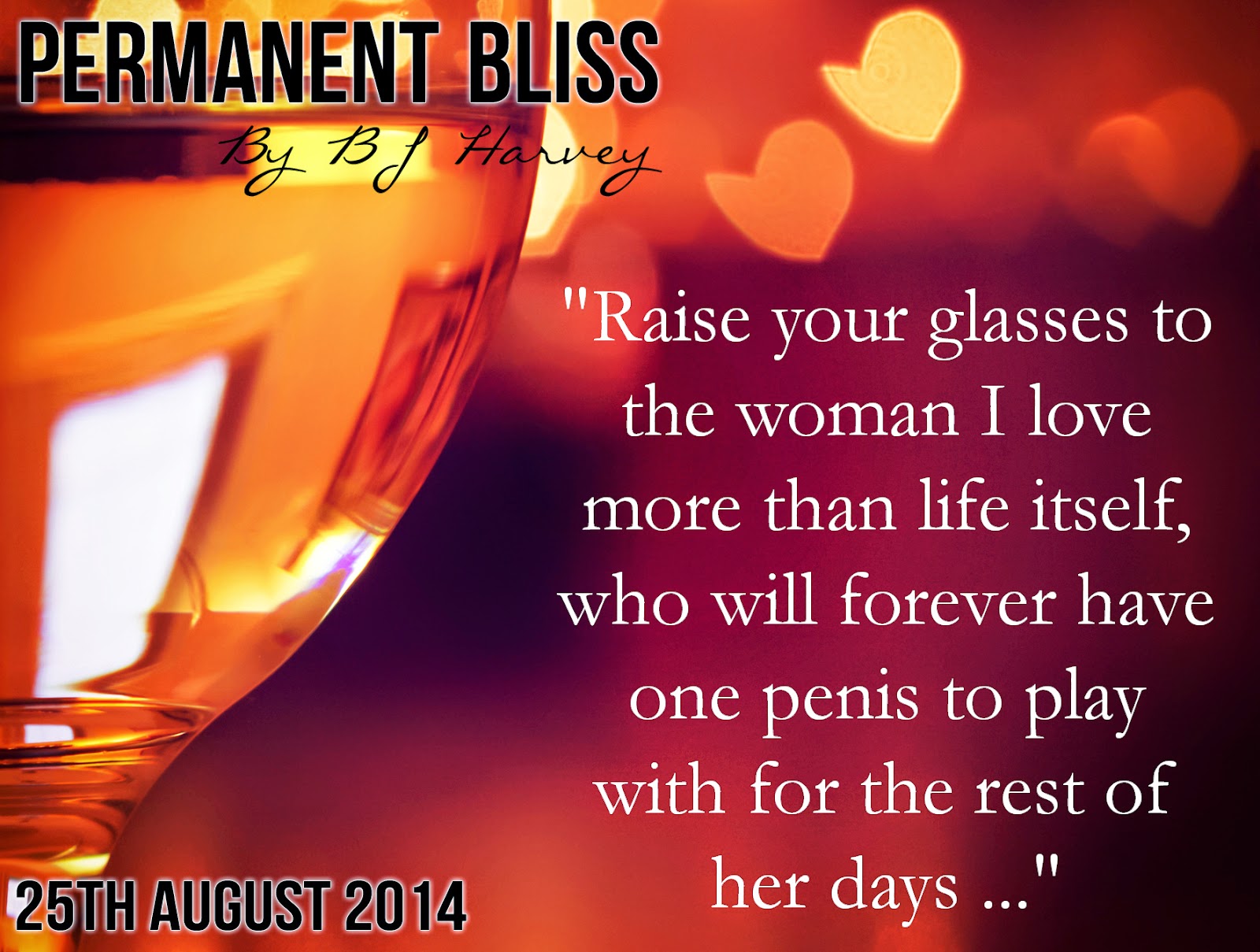 ✰The books are all standalones that can be read separately in their own right but feature common characters throughout the books.
✰There are currently four books planned for the series but I have tentative ideas for one more novel and one novella.
✰Out of the three females in the three books so far, there has been a brunette, a red head and a blonde – I wonder what Noah’s female of choice will have ;)
✰Each of those females have a favorite drink of choice; Mac likes tequila, Kate likes her win, Sam has a close relationship with Vodka (and couches)
✰Ben & Jerry’s ice cream features in every book (and I only tasted Ben & Jerrys’ for the first time in March this year!) Mac and Kate like Chunky Monkey, Sam likes Karamel Sutra.
✰Temporary Bliss (Bliss#1) is the only book that features all of the main characters (Sam first appears in True Bliss (Bliss #2).
✰All four planned books in the Bliss series will soon be published in portuguese in Brazilian book stores

✰Every book has songs as chapter titles
✰Permanent Bliss (Bliss #3.5) was written to give Mac and Daniel fans their happy ‘forever’ after for the couple that started it all. It also features all of the characters from the first three books and one scene you would never expect to happen ;) 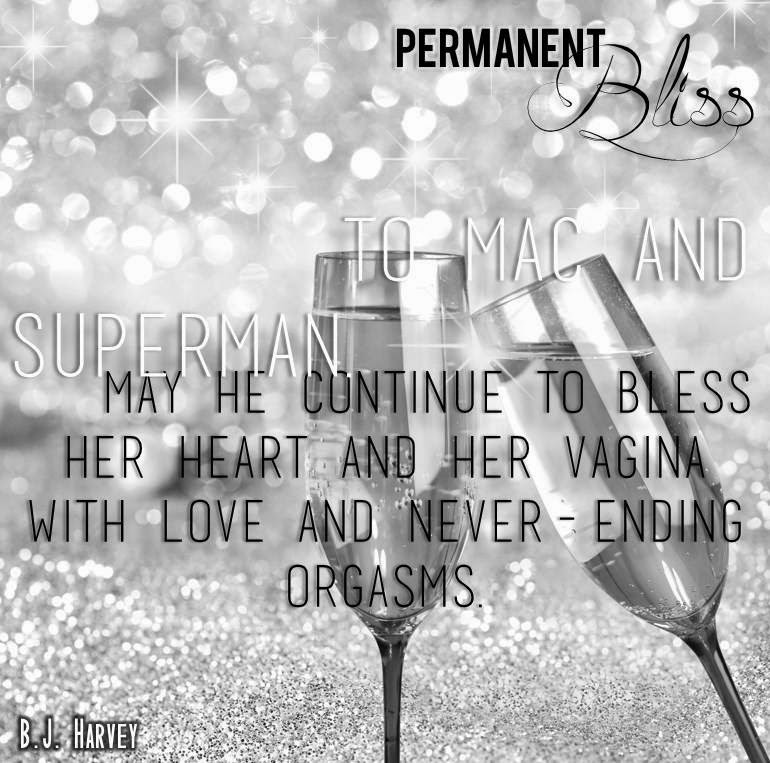 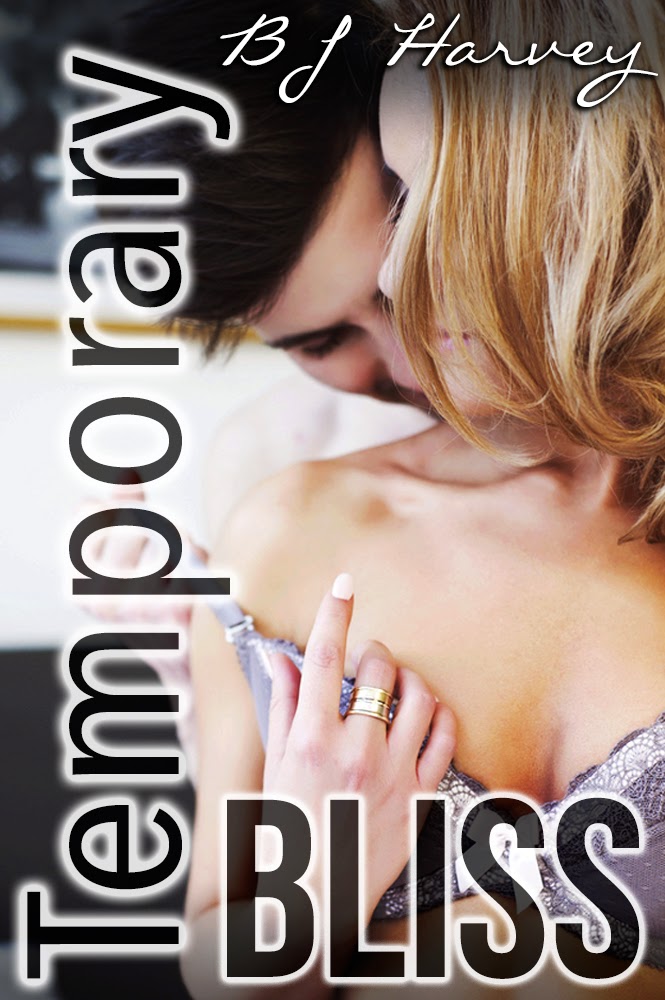 Makenna Lewis cringes at any mention of the word commitment. She doesn’t want or need a relationship, but she does like sex (who doesn't).

That explains Noah, Sean, and Zander, her three 'friends with benefits'.

They know the score, they know they're not the only one, and each of them provide her with a different physical need that she craves and enjoys.

Until a late night encounter with the delicious Daniel Winters turns her preconceived notion of no-commitment completely on its head.

Soon she finds herself feeling things she vowed never to feel again, and when Daniel pushes for more than she’s willing to give, she falters.

What do you do when something that you’ve known to be so wrong in the past feels so damn right?

If you’re Mac, you run and hide.

But is Daniel the type of man who takes no for an answer?


*Disclaimer - There is absolutely no cheating in this book. However, this book does contain descriptive and super hot sex scenes that will make you blush and leave you hot and bothered. Make sure you have you husband, partner, boyfriend or significant other nearby when reading, or else batteries. Lots and lots of batteries* 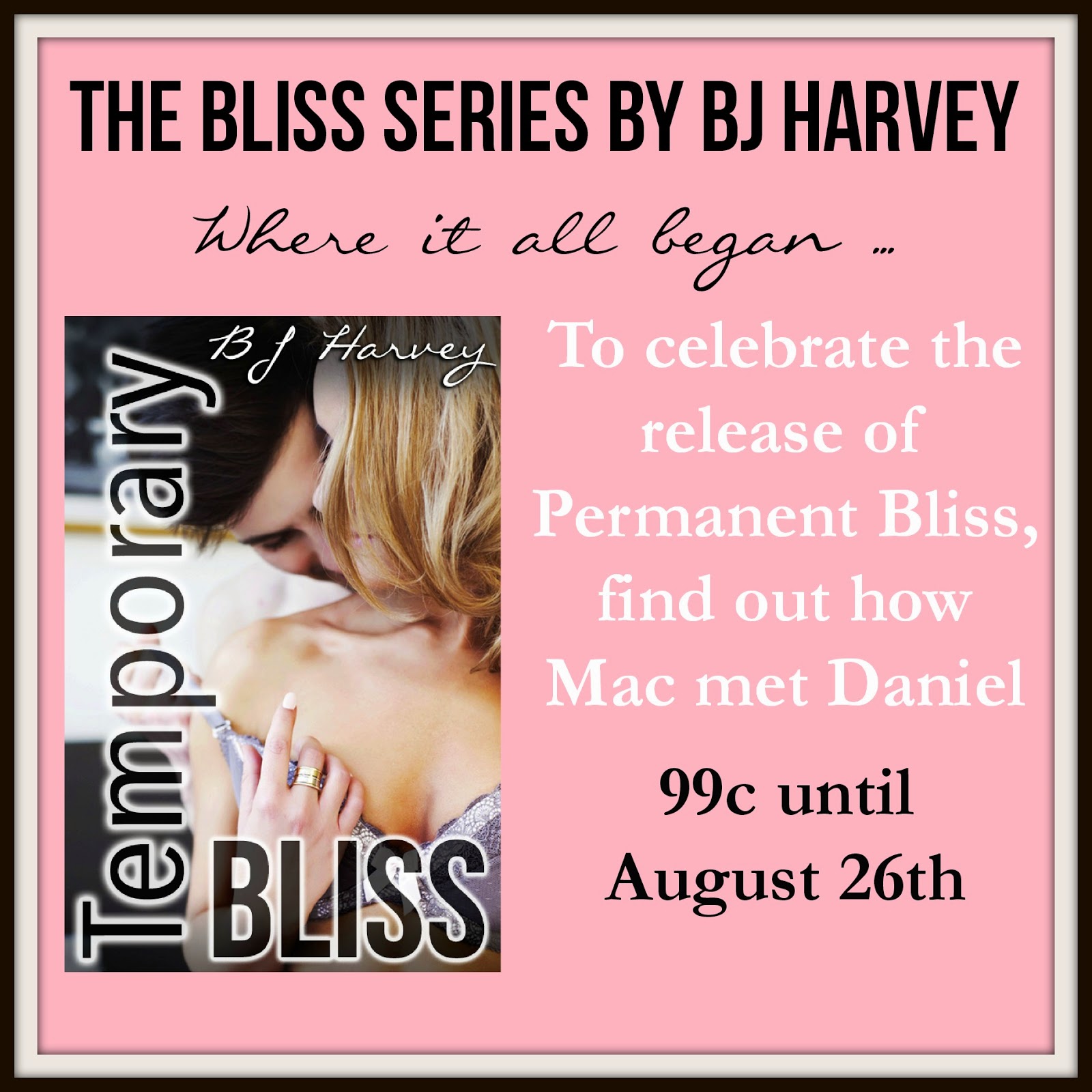 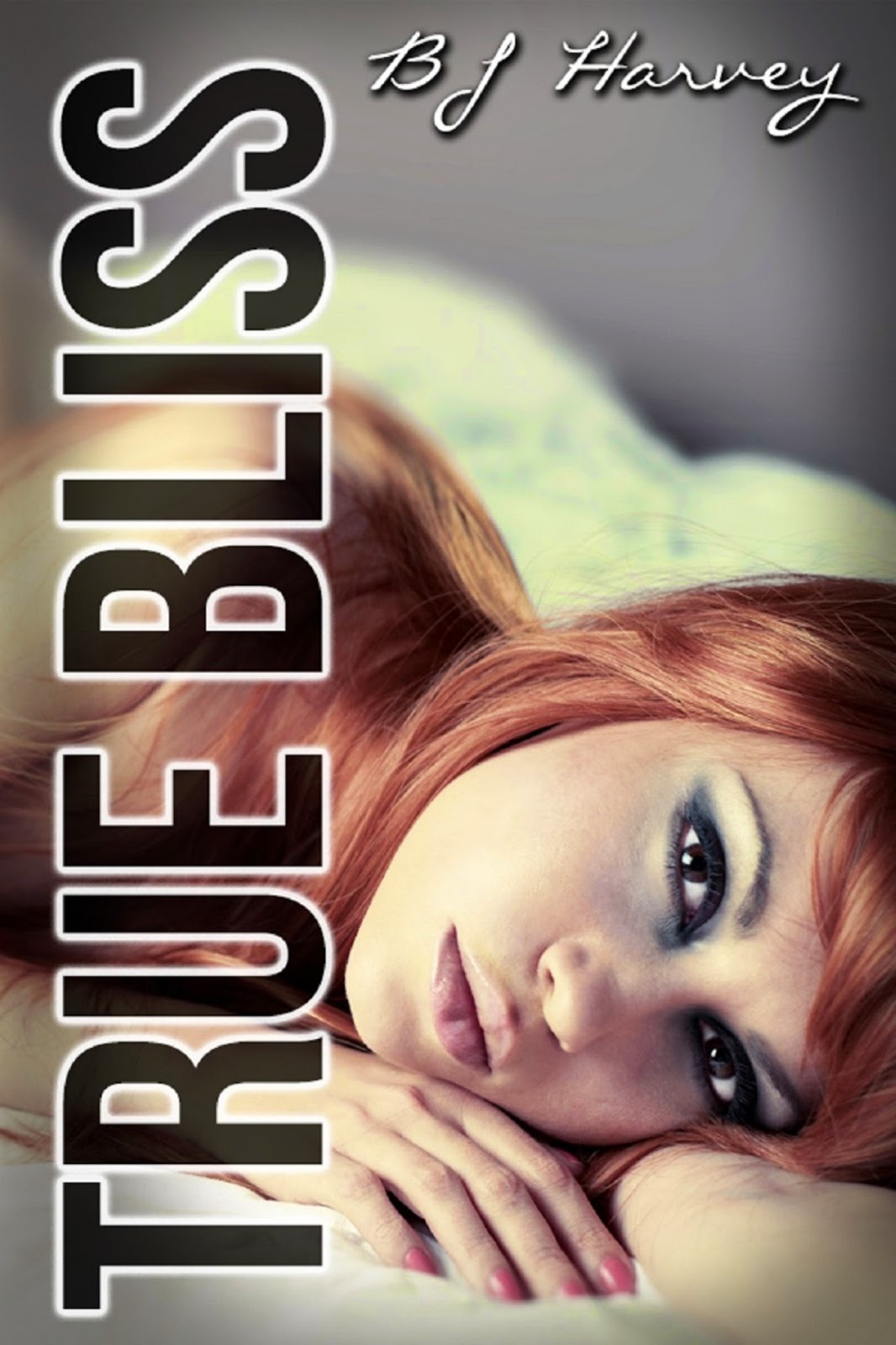 She watched her best friend find her superhero.


Now she wants her turn.
Despite a run of bad dates with Mr. Wrong, Mr. Boring, Mr. Bad Breath, Mr. Grabby Hands, and even Mr. Say I Love You After One Date To Get Into Your Pants, Kate McGuinness is more determined than ever to find the one.
Having tried everything else, she turns to the internet in a last ditch attempt to find her elusive prince.
But Kate doesn't want an everyday, run of the mill love.
She wants the kind of love that makes your heart skip a beat. The kind of love that makes you dance in the rain and bottle up the sunset. The once in a lifetime kind of love that authors write about, musicians sing about, and lovers dream about.
Could a certain police officer in training, who has come to her rescue in the past, be the one to swoop in and save her heart?
What if the love Kate desperately seeks has been in front of her the whole time?


She just needs to open her eyes to see it...

*Disclaimer: This book contains a hot as hell stripper with a penchant for public sex and exhibitionism who may or may not succeed in bringing out the inner firecracker in all of us. Oh, and don't forget the batteries.* 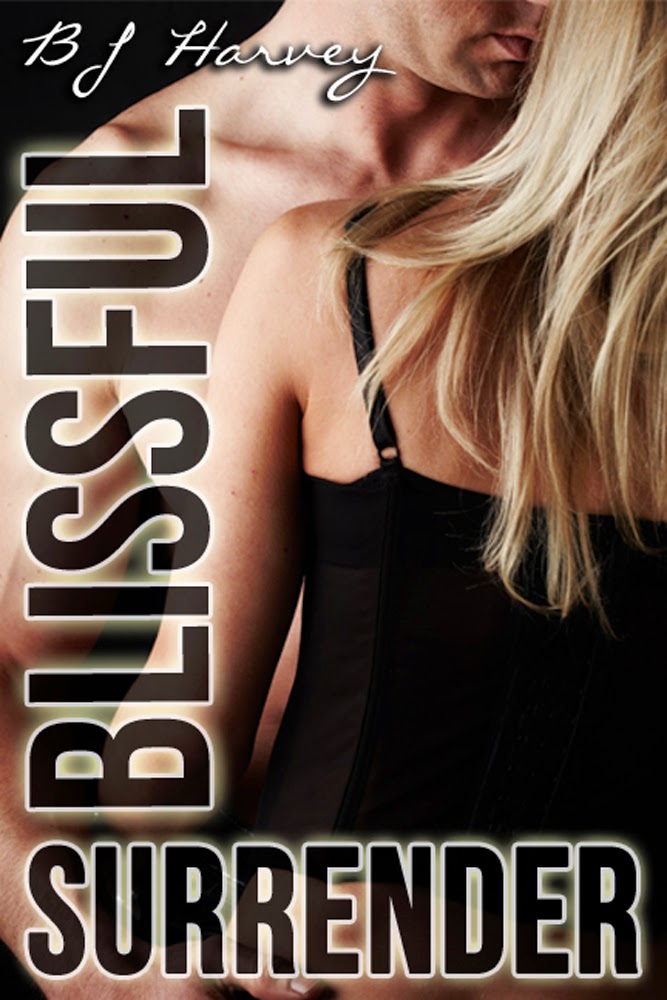 This is a story of Sean Miller, a dom that will have your panties diving for cover with an eyebrow quirk. That will have even the strongest woman dropping to their knees in submission with a piercing stare, and Samantha Richards, a female cop who’s tough, seemingly impenetrable shell is strong enough to resist everyone except the one man it was build up to protect her against.

**Disclaimer – If you thought the first two Bliss books were hot, you ain’t seen nothing yet. Creative use of handcuffs, batons, a club scene you have to read to believe, and a tough as nails dominant who is blindsided when the one woman strong enough to disarm him threatens his resolve not to let his past dictate his future.**

Gratifying? Yes.
Something to be proud of? Certainly.
What I wish to be known for? Absolutely not!
Watching my best friend and my old fuck buddy walk down the aisle blissfully happy has just reiterated the fact that I’m thirty and perpetually single.
I thought I’d found someone I wanted to spend my life with but sometimes you have to face facts and realize it’s never gonna happen.
Funny how it just takes one person to make you finally see sense.
My name is Dr Noah Taylor and this is the year my life changed for the better.
*Disclaimer – This book features hot sex, filthy language, misuse of on-call rooms and the overdue redemption of the fake orgasm*
Goodreads 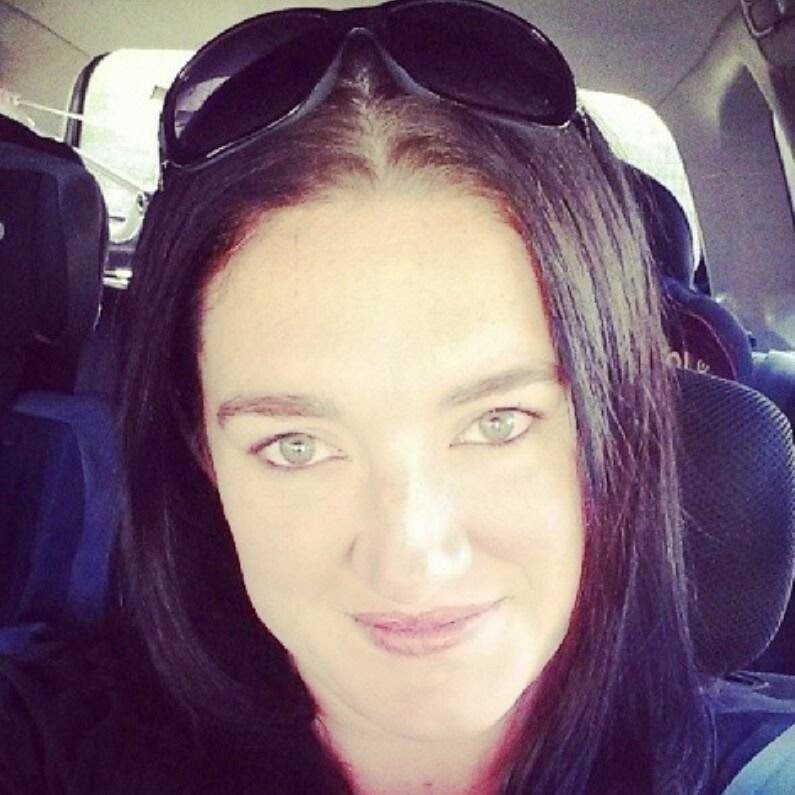 BJ Harvey is the Amazon Bestselling Author of The Bliss Romantic Comedy Series and The Lost Romantic Suspense Series. An avid music fan, you will always find her with headphones when writing, and the speakers blaring the rest of the time. She’s a wife, a mom to two beautiful children, and a full-time university student. BJ resides with her family in what she considers the best country in the world—New Zealand.

Giveaway
a Rafflecopter giveaway
Posted by Unknown at 7:00 AM