She’s a high class call girl. He’s taking over his father’s business.
Seven years ago, they fell in love in Paris.
They walked away at the end of the summer, never imagining they’d meet again.
Now he’s her client.

We fell in love the way you jump from a cliff. Hard and fast with a reckless sense of abandon. The six weeks we spent together changed my life, but at seventeen, I was naive. I was a dreamer. A believer.

Now I’m twenty-four and cynical. I don’t believe in love. There’s no place for such emotions as a high class escort. The only things I’m allowed to feel are physical – and that’s why it’s so damn hard when the client of a last minute job turns out to be the man I left in France seven years ago. When he buys me for six weeks at triple my rate, my agent makes it clear I have no choice but to take the job despite our previous relationship. And my heart makes it very clear I have to stay firmly on top of the cliff this time.

Because for six weeks, I once again belong to Aaron Stone. 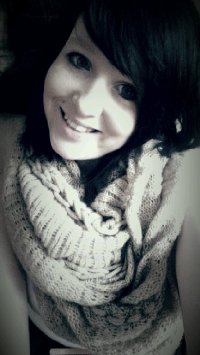 AUTHOR BIO
By day, New York Times and USA Today bestselling New Adult author Emma Hart dons a cape and calls herself Super Mum to two beautiful little monsters. By night, she drops the cape, pours a glass of whatever she fancies - usually wine - and writes books.
Emma is working on Top Secret projects she will share with her followers and fans at every available opportunity. Naturally, all Top Secret projects involve a dashingly hot guy who likes to forget to wear a shirt, a sprinkling (or several) of hold-onto-your-panties hot scenes, and a whole lotta love.
She likes to be busy - unless busy involves doing the dishes, but that seems to be when all the ideas come to life.


“Don’t think I didn’t notice what you did back there,” he says in a low voice.
“I have no idea what you’re talking about.” I give him my best innocent eyes.
His lips quirk into that smirk, and he steps forward when the barman disappears again. He rests his hand on my waist, his fingers flexing against the lace of my dress, and drops his eyes to mine.
“No, you have no idea of the effect you have on men simply by walking past them.”
“Not at all.” I run my fingers up his stomach, ignoring the feeling of solid muscle there, and tweak his bow tie. “It’s not my job to know the effect I have on them, rather, merely to affect them.”
“Well let me say you do it…” He bends his head toward mine. “…Spectacularly.”
“Thank you.” I pull on the tie harder and it unravels, hanging loosely around his neck, and I undo the top button of his shirt.
“What are you doing?”
I lean up and rest my mouth by his ear. “Giving people something to talk about. Isn’t that what I’m supposed to be doing?” My thigh brushes against his as I cross my legs.
“It’s absolutely what you should be doing.” Aaron says his words into my hair, and I turn my face into his.
“Then you should stop questioning me and allow me to do it.”
His hand flattens against my back, drawing us closer. “You play a dangerous game, Dayton.”
“It’s only dangerous if you don’t trust the person standing in front of you – if you don’t know their breaking point.”
“What makes you think you know mine?”
I smile against his cheek. “Have you forgotten? I know your breaking point and your tipping point, and I know exactly how to get you there.”
“It’s been seven years, as you keep reminding me. What if it’s changed?”
“I’m very good at adapting.” I pull back so a whisper of air hovers between our lips. “But it hasn’t changed a bit.”
“She think she’s so smart.”
Another smile tugs at my lips, and I whisper, “She knows if she drops her hand and brushes it against your groin, you’ll be hard and ready to take her in the first possible place.”
“Is that right?”
“Mhmm. A wall is the likely choice…” I rest my fingers against his belt, and he tenses. “Looks like she’s as smart as she thinks she is if you’re tense at my fingers sitting here… nowhere near the erection you’re failing to hide.”
He chuckles low, a raspy tone to it. “Your game is very, very dangerous, Miss Black.”
“And you get to play it for a whole six weeks. Aren’t you lucky?”
He curls his fingers around mine at his belt. “The only luck here will be if we leave Vegas without me fucking you against every wall of our suite.”

His blue eyes twinkle with a lusty mischief. “Then I’ll lock you in the suite.”
“What exactly will that achieve?”
“I have no idea, but the thought of you being locked in here all day is giving my cock ideas.”
I press the button on the machine and lean on the island, my arms squeezing my breasts together. His gaze flicks from them to my mouth, then to my eyes.
“And you can tell your cock its ideas are completely useless considering it’ll be with you in a meeting all day. You can lock me in this suite, Mr. Stone, but if any orgasms happen, you won’t be a participant. They’ll be of my own making.”
The mischief dissipates from his stare, morphing into a dark heat that sends shivers through my body. “Of your own making?”
I dip my finger into the sugar pot and lick it off. “I’m quite adept at providing my own orgasms. I’ve done it plenty of times. I know all the right spots.”
He crosses the room in a few quick strides. He flattens his hands against the counter and leans forward until we’re barely a breath apart. “Let’s get something clear, Dayton,” he rasps. “If anyone makes you come, it’ll be me. And if I decide you can do it yourself, you’ll be doing it while I watch you.”
The idea of his eyes fixed on me while I touch myself makes me ache.
“Are we clear?”
I lick my lips.
“I said,” he leans in closer, his lips moving against mine as he speaks. “Are we clear?”
“Still a little murky.”
His fingers curl around my neck and he pulls my face to his. He kisses me slowly. Deeply. Intensely. A ball of need coils low in my stomach, tightening until it’s at the very brink of exploding. It hovers there, growing as Aaron’s kiss teases and taunts me.
He pulls away briefly before returning to my mouth and drops a long, lingering kiss there. “My coffee.”
I grab the side of the counter until my woozy, heady feeling from him passes. Holy shit, the man can kiss. The tongue strokes, the pressure, the twitch of his fingers on your skin…
“Is apparently yours.” He shoves his jacket on and pockets his phone. “You,” he murmurs, rounding the island and cupping my chin, “have distracted me, and now I’m going to be late.”
“Better late than never.”
“I told you, you’re my biggest temptation.” One more kiss. “There’s a car waiting for you downstairs when you want it. Just call the concierge and they’ll bring it round.”
“Why on Earth do I want a car?” I frown, watching him cross to the door.
“I’m not locking you in here. Not today,” he adds with a wicked grin. “Go and explore. You have the whole day to yourself.”
“I don’t want it,” I respond. “The car. How can I explore if I’m stuck inside a fancy ass car?”
“You have a point. By the way, I thought you’d say that, so I programmed the concierge’s number into your cell in case you get lost. He’ll arranged for you to be picked up wherever you are.”
“In case I get lost?” I raise an eyebrow.
He winks. “Have fun, Bambi. Oh, and keep your eyes to yourself. I know how you like concierges.”
“Gosh, no concierge, no touching myself… Is there anything I can do?”
“Yes. Me. Tonight.”

Where do you draw your ideas for characters from? Are they ever based on real
people?

The characters really form in my mind on their own – it’s that easy and that hard to create them! I never base them on real people, especially not anyone I know, but I tend to take certain phrases/quirks/likes from people and apply those. You may have noticed my female MCs are all kind of sarcastic and snarky, and that would be a bit of my own personality creeping in. ;)

What gave you the inspiration to write your first book?

I’d been downloading endless free books of iBooks before I moved to Kindle, and I started to realize they were all self-published. Around the time I was seriously considering starting to write myself, Mr. H turned around and said, “Why don’t you write your own book instead of bloody reading all the time?” And the rest is history.

Have you ever used a moment of your own life in a book? If so which book?

Not a moment, exactly, but THE RIGHT MOVES is loosely based on my own past and my struggles with depression.

How do you think up ideas for your books?

They come to me randomly. The GAME series started off because I dreamed the first few chapters of THE LOVE GAME and had to know how it ended. NEVER FORGET was inspired by the song Don’t Stop Believing by Journey. And LATE CALL was one of those random ideas that came from nowhere – it was actually sitting on my laptop for a year before it morphed into anything solid enough to become a story.

How do you deal with deadlines and fan expectations?

I thrive off of deadlines. If I don’t have them, I tend to procrastinate to the nth degree and do sweet FA. They’re a must for me, so I deal with them fairly easily.
Fan expectations are a funny thing-I never really know what they’re expecting. Not because I don’t pay attention, I do, but because I don’t let myself dwell on it. I’ve had several mini freak outs over Final Call (the sequel to LATE CALL) because I don’t know if it will live up to the first book, but there’s nothing I can do about them. I can only write my best, so that’s exactly what I do!

What’s the book you’d take with you to a desert island?

*grins* My electronic one, of course. My Kindle.

Who is your favorite author and what are you currently reading?

I have several favorite authors, so I’m not going to answer that in case they read this and I forgot them, ha. I’m not currently reading anything, but my next reads will be an early copy of Make It Count by Megan Erickson, and a beta reads for Elizabeth Otto and Delancey Stewart.

Do you prefer paperback or ebook?

Despite my choice to take my Kindle to a desert island, I’m a paperback girl. I love the smell of proper books.

Would you like to see one of your books made into a movie? If so, which one?

I think every author dreams of seeing their books on the big screen, so yes. If the opportunity ever arose, I’d love to see one of my books as a movie! And I think at this point I’d have to say LATE CALL.

Giveaway is offered by the author and not Xpresso.

Posted by Channelling Cloretta at 8:42 PM