Elyssa Patrick's FOUR WEDDINGS AND A BREAK UP

Exclusive Excerpt
She was about to sit down when she spotted Wes. He was coming out of the ocean, walking up to the beach, back to her.

Water clung to his muscles, the ripped six-pack abs, the broad shoulders and brawny arms, to his long, strong legs. Droplets glistened on his hard chest, the sun bronzing his skin as if trying to mold him into a permanent statue. His hair was wet black silk, and she had this sudden urge to drag her fingers through those strands and to pull his mouth to hers . . . to lick all the water off him from head to toe, and then work her way up again.

She was hot, in more ways than one, by the time he finally reached their umbrella.

He was so close yet . . . so far. All those hard, rough muscles were just right there, inches away, begging for her touch. She was mesmerized by the sight of one teardrop of water that streaked its way from his collarbone down the long line of his chest. He wasn’t a hairy man, thank god. But he was still a man, and his chest showed that with its dusting of hair that made him Mr. Dangerous.

Yes, that’s what she needed. A cool drink to break her out of this long, hot summer fantasy.

But reaching for her water meant looking away from him. And that seemed almost criminal.

Plus, why hadn’t he moved away? Why was he still standing there, dripping wet? Didn’t he know that she was on the verge of doing very bad things to him?

Ginny Michaels has always been a good girl and—ever since surviving a school shooting a little over a year ago—hailed a hero. Except she doesn’t feel like a hero. She can’t even have a one-night stand with sexy Wes Dalton properly. When her big city fling resurfaces in her hometown with an intriguing proposition, she’s powerless to resist. A fake relationship is exactly what’s needed to keep her small town’s matchmakers at bay during the upcoming wedding season. If only her attraction to Wes were as easy to ignore.

Wes Dalton doesn’t have many regrets, and that includes his night with Ginny. But he’s always hoped to strengthen his relationship with his estranged family. When his father’s health takes a bad turn, Wes puts his life on hold and moves to the meddling seaside town of Cape Hope. With his barriers in place—and a beautiful woman to help him hold them up—he’s prepared for anything. Or so he thinks. Despite his determination to leave as soon as the summer is over, those fake kisses are starting to feel an awful lot like the real thing. 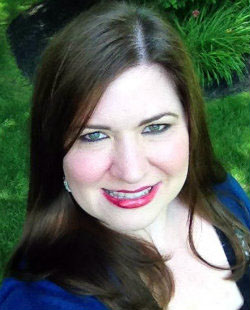 Author Biography
Elyssa Patrick is a former high school English teacher who left the classroom to write contemporary romances and New Adult. She is currently hard at work on her next novel.