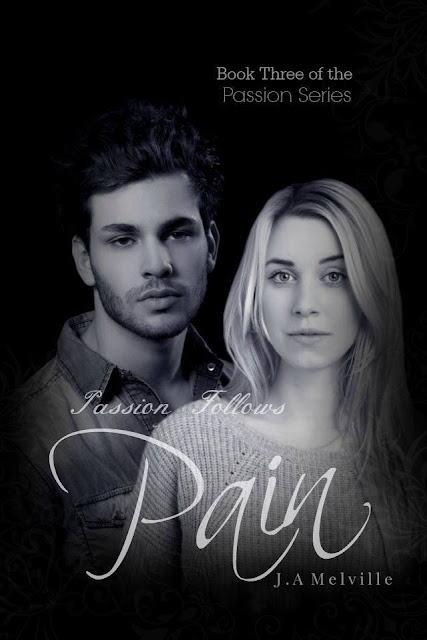 For most of her life, the only thing Arissa Petros has known is abuse. She is just 19 years old when, with the help of a friend, she runs away from her abuser. Wanting as much distance between the man who has hurt her and herself, she travels to another state working as a housekeeper for an elderly lady with a broken leg. Arissa's never been away from home or another state so everything is frightening to her. She is torn between fear of the unknown and relief at being away from the man who abused her for so long.

Mrs. Appleby is kind and caring and it doesn't take Arissa long to settle in to her new life. For the first time ever, she feels happy and safe, that is, until she meets one of the neighbors from over the road.

Lucian Andreas is the classic tall, dark and handsome man. He wants her and pursues her despite the fact she is terrified and wants nothing to do with him. As far as Arissa is concerned, men represent pain and aren't to be trusted. She has no desire to have anything to do with them ever!

Lucian won't give up on her though and slowly but surely he breaks down her defenses. He is the first man she has ever wanted to spend time with. He makes her feel things she’s never felt before and she finds herself longing for the touch of his lips, the strong safe haven of his arms.

When Lucian finds out about Arissa’s past, it only makes him want her more, determined to prove to her that not all men are bad and that sex doesn’t have to represent pain and humiliation. But first he has to come clean; reveal his true identity to her. He has to tell her he’s a vampire. Despite his initial fears, his revelation doesn’t frighten her off and in fact brings them closer together. Lucian opens up a whole new world to her filled with passion and excitement. That is, until tragedy strikes and suddenly everything changes when Arissa’s past catches up with her and her life is in danger.

Will Lucian be able to save her in time? Can they survive? Will their relationship handle the stresses placed on it? Everything seems lost, that all hope is gone until that chance discovery one night. That one thing that changes everything……

For as long as I can remember, I've loved to write, poetry, short stories just about anything. My English teachers in school kept telling me I should write and it took me a lot of years to finally get around to it.

I spent too long worrying about failing as a writer before I realized that living with the regret of never trying was worse.

I live in a sleepy country town in Tasmania, Australia with my partner and our three children, who aren't so little anymore, plus a whole assortment of animals.


My interests are writing of course, reading, watching movies and hanging out at home with my family, our six cats and one dog.

You can find me on Facebook under my author page J. A Melville and my book's page Natasha's Awakening.