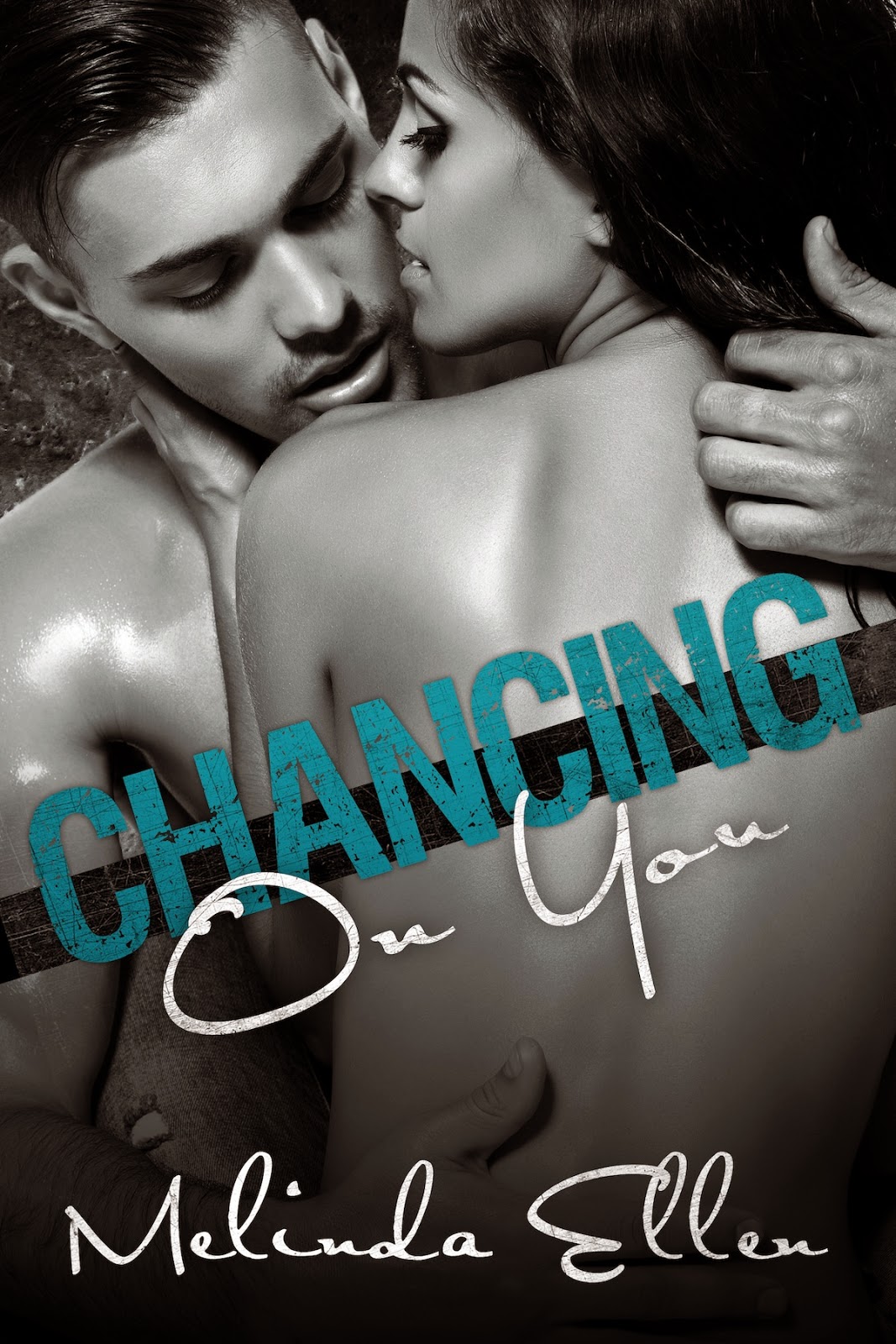 Except 1
Since that day I’ve been torn. A part of me wants to fall to my knees and beg her forgiveness and the other half congratulates me on doing a job well done. I wanted her to stay away and that’s exactly what she was trying to do. So why the hell did I keep arguing with myself?

Today was no exception, I strolled into English and slipped straight into my seat and kept my eyes peeled on the door. I knew exactly who I was looking for when my heart beat picked up and I fidgeted in excitement. Hope walked in, her hair for the first time was pulled back into a braid that fell over her left shoulder leaving her face uncovered and allowing her dark blue eyes to shine. She wore black jeans that hugged her swaying hips flawlessly and I couldn’t help imagining them wrapped around my waist. I glanced away quickly as she neared, not wanting to be caught out but I let my leg fall to the side so she had no choice but to brush up against me as she slid into her desk.

The thin material of her shirt skimmed my arm and the friction from her denim clad leg caused me to break out in goose bumps that I quickly tried to cover up. I was torturing myself.

“Hey.” I murmured over to her. She didn’t reply as usual and I mentally kicked myself. This girl was driving me crazy. I just wanted to hear her voice. “Are you going to Rebecca’s party this weekend?” I swear I saw an eye roll when it occurred to me how stupid that question was. Of course she wasn’t. She was on pretty much everyone’s blacklist which I still didn’t understand.

I tapped my fingers on my desk when I thought of only one other thing that’d get a rise out of her. “You know you’re being pretty childish, ignoring me.” I taunted. I hid a victory smile as she turned to face me, her eyes narrowed into slits as she glared. Oh yeh she was pissed.

“Wasn’t it you having a little tantrum because I was sitting in your seat.” I air quoted for her benefit.

Hope looked at me like I was venomous. “You’re a dick.” I couldn’t help but smile back at her choice of words which only pissed her off more.

I liked this game.

“And you have a sharp tongue.”

“You don’t know anything about my tongue.” Hope hissed.

I let my eyes linger on her plump rosy lips long enough to make her squirm before I responded, “Not yet.” I had the pleasure of watching her cheeks burn red, something that seemed to happen quite frequently.

“You’ll never get to know the likes of my tongue – anywhere.” She emphasised as she glanced down at my crotch making my mind run wild as I imagined her on her knees as she wrapped her mouth around me, taking me full and suckling me hard. Damn, my dick got hard at the image and strained against my jeans.

“Besides you have Sasha and I’m sure she’s more than happy to share her STD’s with you.”

And there goes the hard on. “Don’t worry I used a condom, always do.” I scrutinized her as she looked at me in disbelief before she turned away and concentrated once again on her book. It seemed my admission that Sasha and I had sex bothered her and I couldn’t help but feel pleased.

“What no retort, princess?”

She huffed out a sigh but didn’t look at me. “What do you want me to say? Congratulations on banging one of the easiest chicks in the school. Bet that was a real milestone for you.”

“I sense sarcasm.” I leaned my head into my hand as I studied her closely. “I think you’re jealous.” Hope tensed, her body going rigid at my words. She was silent only a moment before she shifted her gaze to me.

“The fact that you’d think that, means you’re arrogant and I really don’t find cockiness attractive.”

Excerpt 2
I led him to the bathroom and turned the shower on. Jaxon silently shredded his clothes and stepped beneath the water. I didn’t hesitate in joining him once my clothes were pooled at my feet. Jaxon hissed as the water came into contact with his busted knuckles and I flinched, hating to see him in pain but I really didn’t remember a time when his knuckles weren’t busted or the skin pink and tender after one of his fights. Pouring his soap I loved so much into my palm I began by washing his back and arms as the warm water cascaded down over us.

“I’m sorry.” He whispered as he turned to face me. “I didn’t mean to lose it like that, but that man made me so wild I just saw blood. He hurt you and that thought eats me alive that I wasn’t there to protect you.”

“Shh.” I hushed him as I circled my arms around his waist. “It’s over now and I can’t disagree that he deserved it.”

“I don’t think I deserve you.” He leant his forehead against mine.

“Let me be the judge of that.” I covered his mouth with mine. Jaxon didn’t hesitate, he walked me back until I was against the cold glass screen and our bodies became fused together. He ran his hands up and down my waist, his thumbs lightly brushing the undersides of my breasts. I arched into him further, wanting – no, needing more. “I want you.” I pushed my hips out and rubbed myself against him so there was no mistaking what I wanted.

“Not like this. I’m not taking you for the first time up against a wall.”

I whimpered in protest against his mouth. “I don’t want to wait any longer. I need you inside me. Now.” I clasped his cock in my hand and squeezed.

Jaxon hissed through his teeth. “Keep doing that, baby and I’ll blow all over you before we even make it to my bed.”

My insides coiled in anticipation and spasms rocked down into my core. I squeezed him again, pushing his limits as I pumped him up and down. “Then what are you waiting for?”

Too my frustration he stepped away from me and pumped the soap into his hand. “First we have to shower and then I’ll take you to bed.” He promised, his voice husky with desire.

His hands glided over my body in a lazy torturous rhythm that had me panting and rocking my hips, looking for something to take the edge off. “Please, Jaxon.” I begged when he continued to skirt around my most sensitive area.

He grinned wickedly down at me before he succumbed to my wishes and guided his hand between my legs and found my overly sensitive clit. I cried out at the first touch as my body rippled beneath his. I was already so worked up that my body begged to find release as I teetered on the edge. Jaxon slowly rubbed my small bud with his thumb as he slid one finger between my slick folds.

“Fuck, Peaches you’re so wet.” His finger toyed with my opening before he plunged it in.

I bucked in response. “More!” I cried out.

His lips swept my neck as he suckled his way from my thundering pulse, down my collarbone until his mouth covered my tightened nipple and tugged hard right as he slid another finger inside of me.

My body won out and exploded from within. I was flying on mile high as wave after wave of pleasure racked my body, my muscles clenching and quivering as I rode the tidal waves out. Jaxon continued to work me just enough to make my orgasm last until I collapsed against him, the warm water glistening off our naked bodies.
Posted by Unknown at 5:30 AM