One Chance, One Moment 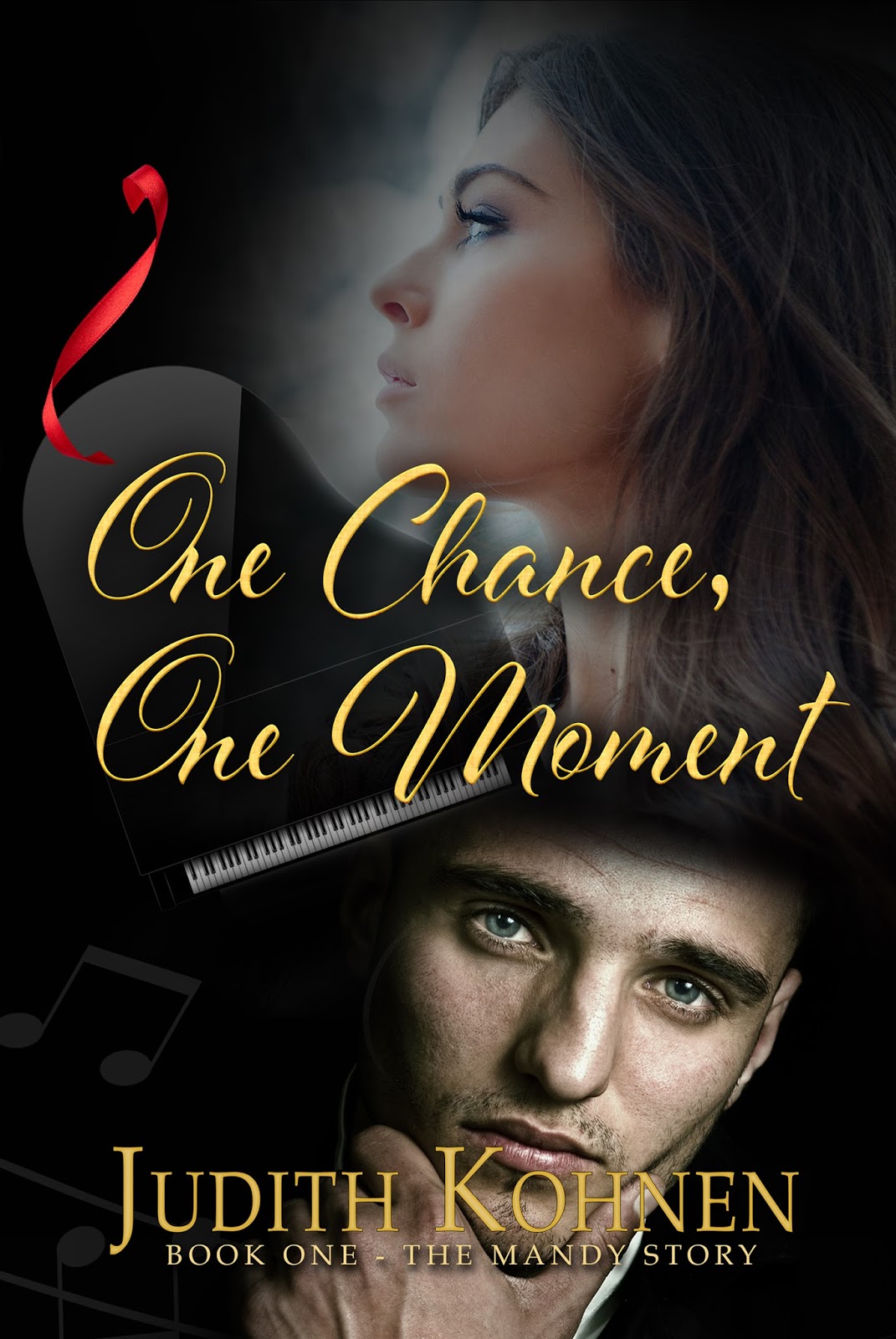 Anticipated Release Date: Mid June 2014
Title:  One Chance, One Moment – Book One: The Mandy Story
NOTE:  This novel is an inspiration of the 1975 hit song MANDY and to celebrate its 40th anniversary,  20% of proceeds will be donated to the MANILOW MUSIC PROJECT, a charity that supports public schools across the nation that are severely depleted of music programs.
Genre: Contemporary Romance (a character-driven comedy/drama)

Sometimes a chance comes along that can change the course of an entire life – make it right again, make a dream come true – and when that moment arrives, we grab it and fight with all of our might to make it happen … or not.  Renowned singer/musician Garry Danzlo has decided to live a life of seclusion after a debilitating accident destroys his musical career. Guilt-ridden and stubborn, he wants no part of the holistic nurse his sister has hired to rehabilitate him. He’s determined to get rid of her; she’s determined to stay. Spunky, fun-loving Amanda Fields, widowed after a loveless marriage, is on a mission for love. More than anything in the world, she wants to adopt a wheelchair-bound boy named Robbie. When her chance arrives that will provide her with sufficient funds for the adoption, there’s nothing to stop her from accomplishing the temporary job in Colorado. But what she has to contend with is far more than just a difficult patient. Unexpected obstacles are suddenly out of her control. The least of her worries is falling for yet another man who doesn’t love her back. One Chance, One Moment is a humorous, surprising and deeply emotional story of love found by two special people – love built on chances one must sometimes take, but sometimes give as well.  Each moment becomes nourished by the faith of one woman, and eventually, by the dream of one man.

Judith has always been a romantic at heart. She adores writing, poetry, music, singing, dancing, teaching, education, and caring for others. It is her hope that through her imaginative talents that she might become a source of inspiration for her readers. Part of her life's path is empowering others toward healing and teaching them how to use their own imagination and intuitive abilities. Along with over 200 pages of poetry, Judith has written numerous songs and short stories, a couple of children's plays that were actually performed on stage, and has begun her first screenplay. She finished her first novel, One Chance, One Moment, in eight months and while in search for a publisher, has revised the story numerous times to make it the best it can be. She is currently working on her second book, For The Love Of Mandy – Book Two of the Mandy Story. Judith loves helping other writers. She served as newsletter editor for Virginia Romance Writers for four years and has coordinated and judged VRW's HOLT Medallion Contest and their FOOL FOR LOVE Contest many times. She has also freelanced for various non-profit organizational newsletters, most of which were entertainment reviews, inspirational articles, and articles on writing. A teacher of mediumship & intuitive development and a professional background in registered nursing, hypnotherapy and natural healing arts, Judith is now doing what she’s most passionate about – writing! She encourages you to do what you’re passionate about too. “Live for the moment,” she says, “for this moment is the most important of all moments.”

Posted by Channelling Cloretta at 6:35 AM