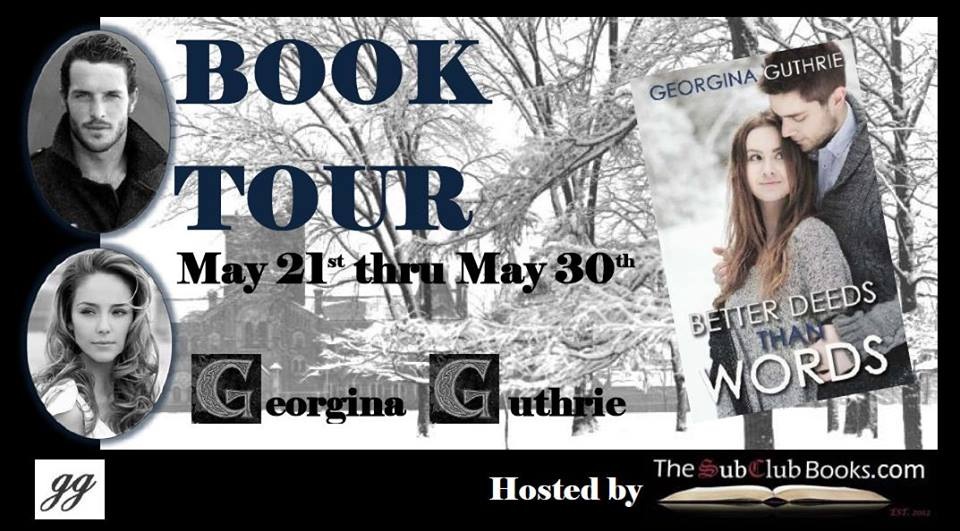 Synopsis:
Aubrey and Daniel’s vow to pursue their dangerous romance despite university regulations takes them down a path of secrecy and lies. With only six weeks left to the end of term, they’re under the constant watch of David Grant—Daniel’s “Dean of Students” father. If that weren’t enough to pressure them, Daniel’s checkered past also casts a shadow over the young lovers who continuously tempt fate until one wrong move leads to an inevitable disaster. Can they salvage a relationship when everything seems to be conspiring against them?

My review:
This is the first book that I have read from this author. I was very intrigued by the writing the story that was written. The characters Aubrey and Daniel had a sweetness in them that is not often present in these stories. Now unlike others, I did not read the first book. So I took that leap of faith and I read this book, knowing that I could be in the dark with many of these topics discussed in the book.
But don’t worry, the author did an awesome job allowing me, the none reader of book one, follow, understand, and enjoy my reading.
Daniel is so sweet as a hide-away boyfriend. He looked out for Aubrey, ensured she felt cared for by him even in his absence, and he was still professional.
I am a erotic romance kind of girl. I like the passion, the waiting, mild angst, and the end result. Well, many of my likes in a book were in this one. I may not have gone into detail with their physical interactions but some of the stuff that Daniel said in the book was hot.
Hope you enjoy this book, the review, and the blog tour. 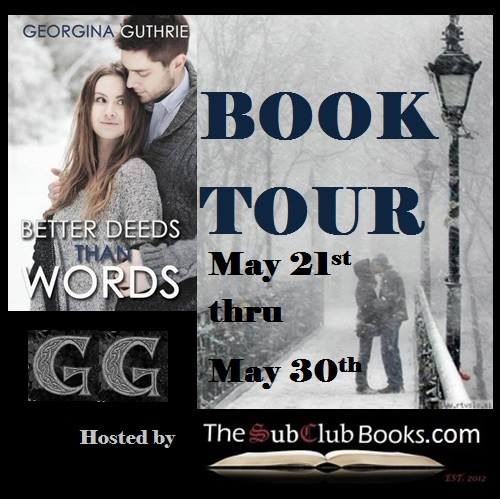 Excerpt # 1
Daniel’s grandmother held out the salad tongs. "Daniel, take more tomatoes."
"I already have a few. I'm fine."
She tossed three more tomato wedges on his salad plate. "Lycopene. It's good for the prostate," she said.
Daniel rolled his eyes and sighed.
"Prostate cancer," Patty said to me in a hushed voice. "That's what got Bradford—my husband. Never ate a tomato in his life. I'm convinced that's what did him in. Although I read an article recently about the importance of regular ejaculations as well. Not that Bradford had a problem with that."
I bit my lip to stifle a laugh. Daniel stared at her in stunned silence.
"You are having your oil changed regularly, I hope?" she asked him.
What the hell? Penny had said Patty was a corker, but nothing had prepared me for this! She was awesome! I blinked back tears as I tried not to burst into laughter. Daniel, on the other hand, was choking on a mouthful of roast beef. I clapped him on the back and handed him his water glass.
He gulped some and cleared his throat. "Jesus, Patty. That's a rather personal question."
"It's uptight people who impede the distribution of important information. Don't you think, Aubrey?"
"Oh, I couldn't agree more," I said, casting a meaningful glance at Daniel who narrowed his eyes at me.
He turned back to his grandmother. "Are you implying I'm uptight?"
"Implying? No, no, I was stating it as a fact. I happen to believe you need to extricate that rather long pole from—well, there's no need to discuss the sordid details at the table," she said.
Daniel put down his fork and looked back and forth between the two of us. "Huh," he said, miffed. "Okay then. Allow me to put your mind at rest. My oil is being changed fairly regularly. There. Satisfied?"
He picked up his fork and forcefully stabbed a carrot. I hoped his comment wasn’t intended as an admission that we were involved in an intimate relationship. Patty quirked aneyebrow at me and I held up my hands as if to say, “Don't look at me.” She surveyed Daniel expectantly and he cleared his throat.
"Unfortunately, I'm decidedly, um, self-employed, at the moment," he said.

Excerpt # 2
"Now what’s that smile about?" Daniel asked, standing behind me and wrapping his arms around me.
"I was just thinking about how much I love your forearms."
"You do?"
"Uh huh. They're very furry."
He chuckled. "No one's ever told me that before. Why am I picturing cavemen?"
I smiled and turned around. He leaned against me, pushing my lower back into the counter.
"I happen to find it very masculine," I assured him, swirling my fingers in the hairs peeping out of the top of his T-shirt. "I like this too, though," I murmured, dropping soft kisses along the expanse of smooth skin between the stubble on his throat and his chest hairs.
"So do I," he said, claiming my lips and kissing me deeply, his tongue working its magic as it moved against mine, turningme into a puddle of goo.
I tried to talk between kisses. "We probably shouldn't do this right now—"
"Aubrey, Patty’s snoring. It's nice not to be outside or in my car, don't you think? Throw me a bone." He kissed me again, moaning quietly against my lips.
"I'll give you a bone, all right,” I teased.
“Too late. I think you already did,” he said, smirking as he took in my superior smile.
“Not exactly a newsflash.”
“What, and you’re completely unaffected?”
“Did I say that?”
He cocked an eyebrow. “Typical country weather down south?”
I moved in close to his ear. “Typical English country weather.”

Excerpt # 3
"Thank you, Daniel."
"For what?"
"For bringing me here. It means a lot that you would sharethis with me. This place is obviously close to your heart."
He pushed my hood back gently.
"You know you're making quite a home for yourself in my heart too, right?"
I swallowed thickly. Speechless again. I lowered my eyes, but he tilted my face up, kissing me tenderly, his tongue slipping warmly between my lips.
"Your nose is cold," I said as he pulled away.
"Your tongue is hot," he whispered.
I leaned into him, eager for more. He pressed his lips against mine, his hands caressing my face.
"I meant what I said a minute ago," he said. "You're all I think about. Sometimes I feel like I've known you forever, and other times you do or say something that reminds me how much I still have to learn. I wish we had more time together."
"I know what you mean." I snuggled into his neck as he held me close.
“‘I have no precious time at all to spend, nor services to do, till you require,’” he whispered. “‘Nor dare I chide the world-without-end hour whilst I, my sovereign, watch the clock for you.'"
"You wrote that sonnet out for me a few days before Mary’s memorial service,” I reminded him.
"It’s a favorite.”
"The sonnets aren’t my specialty, unfortunately."
"You'd better brush up, Miss Price. I happen to know of anassignment that’ll require some attention to Master Shakespeare's sonnets."
"Jeez, here we go. On with the TA hat." I sighed.
He laughed. "Oh, come on, I've avoided shop-talk all evening. I've been good, haven't I?"
"I'd say you've been very good." I raised an eyebrow.
"And you, my lovely, are incorrigible," he said, kissing me withan intensity that made my heart

https://embed.spotify.com/?uri=spotify:user:cassie634:playlist:38XZWcCusYSYhsxHf8apSf
Links to connect with the author. Trust me, they love to hear from you: