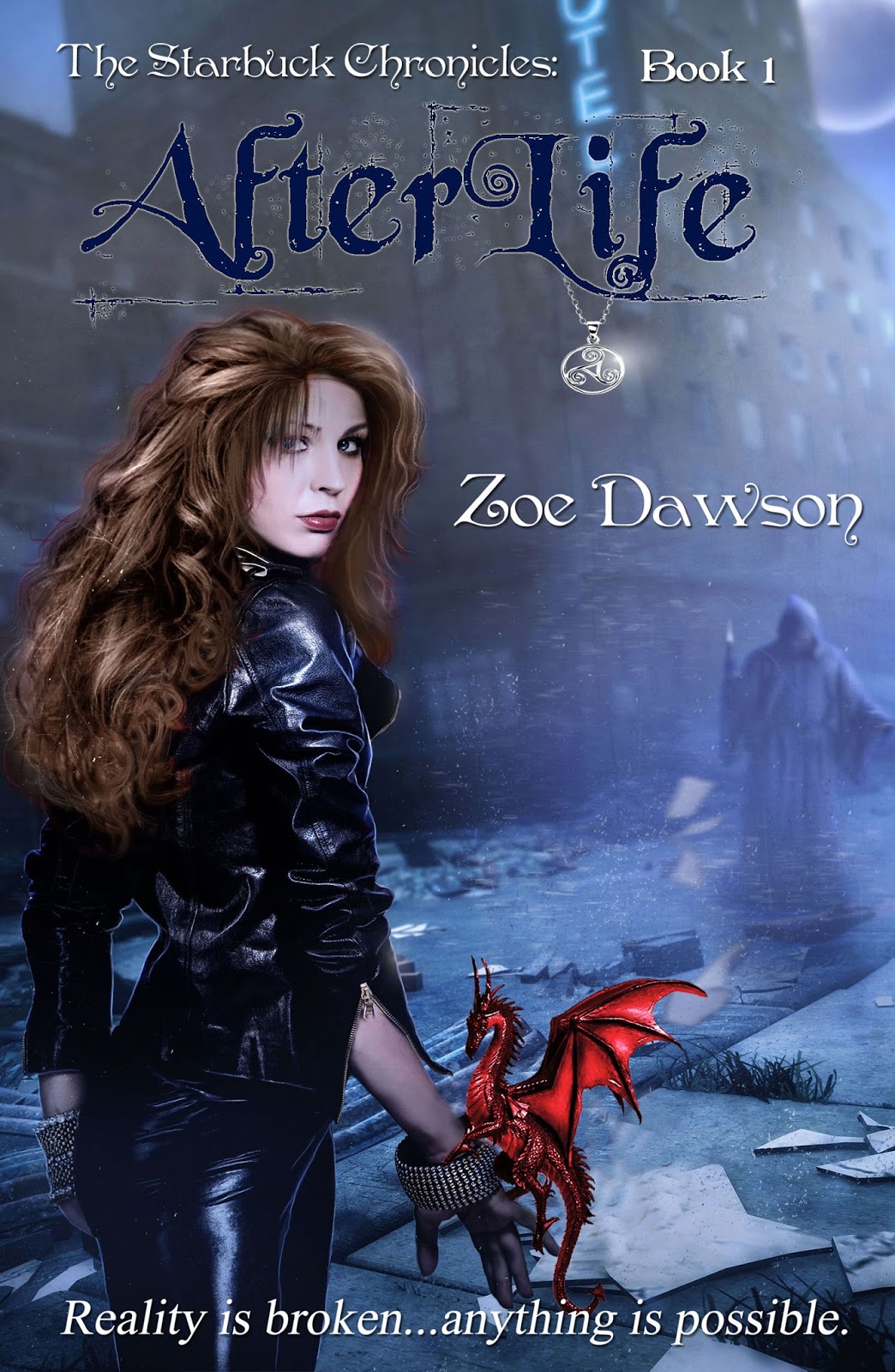 
The fine thread between reality and the fantastical has snapped. The mortal and
supernatural must learn to co-exist in post-reality Minneapolis/St. Paul where
video games leak monsters into the night, demons roam, thirsting for more than
just blood, people are not who or what they seem and a diabolical evil plots
and plans to devour the world.


Lily
Starbuck’s day doesn’t start well with blood on the horizon and a grumpy
werewolf who refuses to pay his catering bill. Her day only gets worse when she
finds out that her business partner in their catering company has embezzled all
their available cash.


Lily
can get no answers from her partner when she finds her dead. That’s the least
of her worries—her landlord is evicting her, she’s being hounded by the Fairy
Dust Administration (FDA) who suspects that her partner was dealing in illegal
dust, and Lily’s pissed off their werewolf supplier.

With
Lily’s very livelihood in jeopardy, she has no choice but to discover who
killed her partner and try to track down the cash. She has only Spocko, a
small, wizened gnome with just a bit of gremlin blood in him that makes him
cantankerous at best to depend on, but he often goes invisible on her. Clues
lead her to an open case being investigated by Otherworld Security (O.S.)
and the tough O.S. Warden, shapeshifter, Tam Darkwood. And, at the outset of
the investigation, a tiny, mythical fire-breathing, red dragon joins her as her
trusty (and opinionated) sidekick, Kindle.

seems a rogue mage has created a video game that is unwarded and game monsters
are being released to terrorize the citizens of the Twin Cities. Trouble is
Lily has reason to believe that this mage killed her partner.


The
investigation takes an unexpected turn when they are led to influential and powerful
Archmage Tarquin Wilding and somehow Lily finds herself embroiled in
a sinister shadow Fae plot. With her friends at her side, she tackles
dangerous and unpredictable supernaturals and monsters with an “all in a day’s
work” attitude.


To request a review copy please email AToMR at atomrpr@gmail.com


Zoe
Dawson is the alter ego of Karen Anders, award winning, multi-published author.
Her writing journey started with poetry and branched out into fiction. With a
couple of college English courses under her belt, she penned a historical, then
moved onto contemporary romance fiction. Today, she is happy producing romantic
suspense, romantic mystery, urban fantasy and paranormal novels. The words feed
her soul and the happily ever afters feed her heart.

Posted by Channelling Cloretta at 10:48 PM